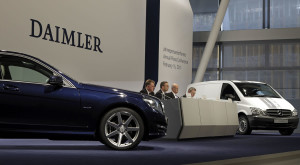 Germany’s Daimler will lift the curtain on its much-anticipated long-distance electric car at the Paris Motor Show in October, as the automaker gears up to compete with Tesla Motors Inc’s Model X sport-utility vehicle (SUV) reports Reuters.

The company will display a prototype of an electric-powered Mercedes car with a 500-kilometre (310 miles) range, Chief Development Officer Thomas Weber said this week in Stuttgart at an event for journalists.

“The structure is ready, the teams are working and the initial results from road tests are coming in quick succession,” he said. 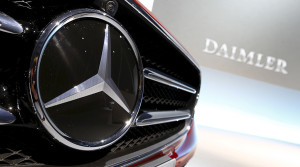 But for Mercedes to take a stand against Tesla, it needs to be able to compete in driving range, the biggest hurdle EVs and their limited batteries must face. Weber says that the Mercedes prototype will be capable of a range of 310 miles (500 kilometers), easily topping the 220-250 mile range of Tesla’s Model X SUV.

Unfortunately no other details on the prototype were offered, including when it might start arriving at dealerships, but Weber said the final production model would be released before 2020.