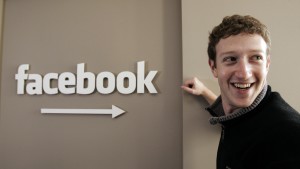 Facebook is evolving at fast pace. This may sound crazy but Mark Zuckerberg has set a vision that Facebook users in the future will share telepathic thoughts and feelings to each other. The social network’s CEO made the statement in a live Q&A on his own Facebook page.

Talking about the future of Facebook, Zuckerberg said, “You’re going to just be able to capture a thought, what you’re thinking or feeling in kind of its ideal and perfect form in your head, and be able to share that with the world in a format where they can get that.

“There’s some pretty crazy brain research going on that suggests we might be able to do this at some point.”

In addition to discussing potential new Facebook features, Zuckerberg spoke about the positive collective Facebook reaction to the Orlando shootings. He called on people to think less in nations but as “citizens of a global community” using innovations in technology for progress.