As a part of the tech in Techstory, we bring you the latest in the technology from around the world under “TECH THIS WEEK!” every Sunday! This week began with Satya Nadella’s biggest acquisition of LinkedIn worth $ 26.2 billion and the $ 60 million supercomputer to predict monsoons in India. We also saw Elon Musk’s Mission Mars plan for 2025 and SpaceX’s Falcon crash after satellite launch. In case, if you’ve missed any of those, along with the news of Google’s new research centre, don’t worry just keep reading!

Microsoft To Acquire Linkedin For $26.2 Billion 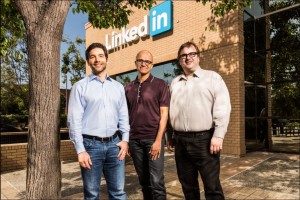 Microsoft said that it will acquire LinkedIn for an agreed deal sum of $26.2 billion, inclusive of LinkedIn’s net cash. After the acquisition, LinkedIn will retain its distinct brand, culture and independence, according to a joint statement.

The statement said that Jeff Weiner will remain CEO of LinkedIn, reporting to Satya Nadella, CEO of Microsoft. Reid Hoffman, chairman of the board, co-founder and controlling shareholder of LinkedIn, and Weiner both fully support this transaction.The transaction is expected to close this calendar year.

LinkedIn is the world’s largest and most valuable professional network and continues to build a strong and growing business. Over the past year, the company has launched a new version of its mobile app that has led to increased member engagement; enhanced the LinkedIn newsfeed to deliver better business insights; acquired a leading online learning platform called Lynda.com to enter a new market; and rolled out a new version of its Recruiter product to its enterprise customers.

Microsoft said that the transaction has been unanimously approved by the Boards of Directors of both LinkedIn and Microsoft. The deal is expected to close this calendar year and is subject to approval by LinkedIn’s shareholders, the satisfaction of certain regulatory approvals and other customary closing conditions. 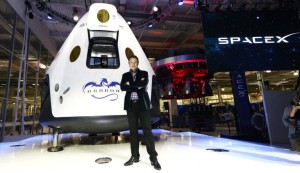 Mission Mars of Elon Musk is moving on with the right speed. With a motive to establish a Human colony on Mars, SpaceX was formed 14years ago and today, they are inching closer day-by-day.

Musk laid out additional details for the first time, equating the spirit of the missions with the settlement of the New World by the colonists who crossed the Atlantic Ocean centuries ago. And he acknowledged the immense difficulties of getting to a planet that is, on average, 140 million miles from Earth.

The months-long journey is sure to be “hard, risky, dangerous, difficult,” Musk said, but he was confident people would sign up to go because “just as with the establishment of the English colonies, there are people who love that. They want to be the pioneers.”

SpaceX plans to fly an unmanned spacecraft to the Red Planet as soon as 2018, with the uncrewed flights continuing around every two years and at a time when Earth and Mars are closest in orbit. If all goes well, the first manned Mars mission landing is slated for 2025.

The 2018 journey will be on board the Dragon spacecraft launched by the massive Falcon Heavy rocket, which runs on 27 first-stage engines. The rocket would boast over 5 million pounds of thrust upon liftoff, which equates to 18,747 airplanes. 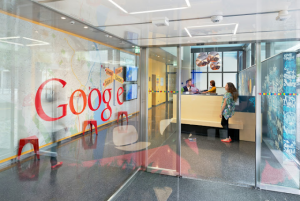 Google announced this morning it’s opening a dedicated machine learning research center in Europe, which will be based in its Zurich office. The center will focus on the development of products and research in the areas of Machine Intelligence. Specifically, says Google, it will research ways to improve machine learning infrastructure as well as how to put it into practical use. Researchers will also work with linguists to advance Natural Language Understanding – machines’ ability to understand and process human language.

Google’s Zurich office was already home to a lot of activity in this area, the company notes. The engineers there developed the engine for Google’s Knowledge Graph, which is what augments Google Search with added information on people, places and things, putting more details in the sidebar or in a carousel the top of the screen when you search for these subjects.

The company says that there will be three key subjects covered by the research team in Zurich going forward: Machine Intelligence, Natural Language Processing & Understanding, and Machine Perception.

Google also notes that it makes sense for it to have a research home in Europe, where many of the world’s top technical universities reside. This gives it access to researchers to build out its teams.

It’s worth pointing out, too, that this isn’t Google’s only investment in research in Europe in recent days. Via its German division, Google Germany, it invested in the German Research Centre for Artificial Intelligence (the DFKI), last year. This nonprofit institute is home to 450 scientists, academics and others who work on things like language technology, embedded intelligence, augmented reality, knowledge management, and multimedia analysis and data mining.

Plus, Google spent over $500 million to buy an AI startup DeepMind in the U.K. and invested in Oxford University’s AI research efforts, as well as its Venture Fund (via Google Ventures.) 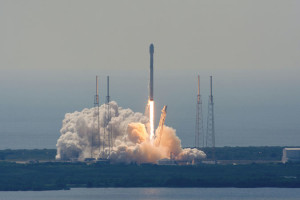 SpaceX failed to keep the winning momentum as Falcon 9 crashed after launching the satellite. Despite successfully delivering two communications satellites into orbit on Wednesday, SpaceX‘s Falcon 9 rocket failed to execute a complete landing on a droneship in the Atlantic.

About 10 minutes after the Wednesday morning launch, as the Falcon 9 first stage was approaching an autonomous landing pad barge named “Of Course I Still Love You” in the Atlantic Ocean, you could see large amounts of smoke and then the live video feed dropped. SpaceX later confirmed that the vehicle had been lost.

SpaceX chief Elon Musk said via Twitter that there was a problem with one of the three engines used to slow the first-stage booster for landing. He said it may be the hardest crash of all. Early attempts also failed.

The rocket apparently malfunctioned some 330 feet off the ground and was in flames when it reached the platform on the powered barge known as a drone ship live images via a SpaceX webcast showed.

Musk aims to revolutionize the launch industry by making rocket components reusable, much the same way as commercial airplanes. 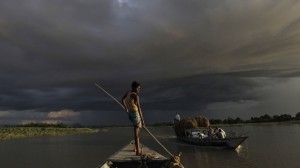