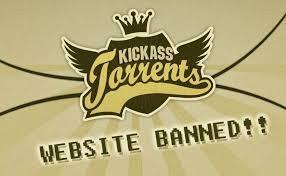 A Ukrainian alleged to be the owner of the world’s biggest online piracy site, Kickass Torrents, was hit with US criminal charges Wednesday, accused of distributing over $1 billion worth of illegally copied films, music and other content.

The U.S. Department of Justice has seized seven domain names associated with Kickass Torrents — purportedly the most-visited piracy site in the world — and charged Artem Vaulin, 30, of Kharkiv, Ukraine with criminal copyright infringement and and money laundering.

US officials say that Kickass Torrents has a net worth of $54 million and operates in 28 languages. KAT uses BitTorrent technology for peer-to-peer file sharing, and in November 2014, overtook Pirate Bay as the biggest source of pirated material. 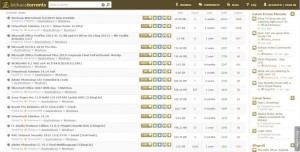 According to a statement by the US Justice Department, Kickass Torrents is the 69th most visited website in the world and is the online home of pirated films, music, tv shows and other electronic content.

“In an effort to evade law enforcement, Vaulin allegedly relied on servers located in countries around the world and moved his domains due to repeated seizures and civil lawsuits. His arrest in Poland, however, demonstrates again that cybercriminals can run, but they cannot hide from justice,” he added.

There was no legal representation listed for Vaulin in any court docket, a U.S. Department of Justice spokesman said. The company could not be reached through websites, which were experiencing outages, and there was no immediate response to a request sent to KAT through social media.

How The Name Rajini Kanth Has Transformed Into A Brand!