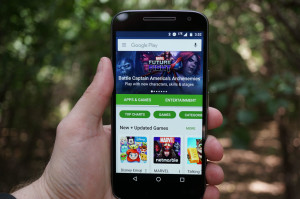 We usually ignore the update as it takes lots of time and more importantly our data pack! So what we do? Wait for WiFi connectivity.. but no more! Google has developed a new algorithm which reduces the size of an app tremendously.

The new Delta Bsdiff Algorithm will reduce the data required to install the app update. For approximately 98% of app updates from the Play Store, only changes (deltas) to APK files are downloaded and merged with the existing files, reducing the size of updates. We recently rolled out a delta algorithm, bsdiff, that further reduces patches by up to 50% or more compared to the previous algorithm. Bsdiff is specifically targeted to produce more efficient deltas of native libraries by taking advantage of the specific ways in which compiled native code changes between versions.

This is how much change will affect on Google Chrome patch update on Play Store:

So now you will get reduced app update size on Google Play Store!