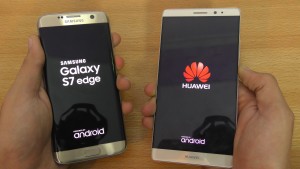 Samsung said on Friday it has sued Huawei for patent infringements in Beijing, escalating a legal battle between the smartphone rivals.

According to the South Korean media reports, Samsung criticized Huawei in a statement, saying that the latter’s smartphones and tablets infringe on its patents for mobile communications technology, data storage for images and others.

The South Korean telecom multinationals also accused Huawei of filing “irrational” patent suits against it and claimed compensation up to 80.5 million yuan ($12 million).

“Despite our best efforts to resolve this matter amicably, it has regrettably become necessary to take legal action in order to defend our intellectual property,” Samsung said in a statement.

“Currently we’ve not received the relevant prosecutions in regards to this, and we’ll conduct an appropriate response after fully understanding the case,” said Huawei in a written statement to China Daily.

In May, Huawei sued Samsung in both the United States and China, accusing its rival of infringement on patents for fourth-generation (4G) cellular communications technology, operating systems and user interface software.

Huawei and Samsung are the top two makers of Android smartphones. In the first quarter of this year, Huawei made up about 8.3 percent of the smartphone market, while Samsung’s market share dropped to 23.2 percent, according to the Wall Street Journal.