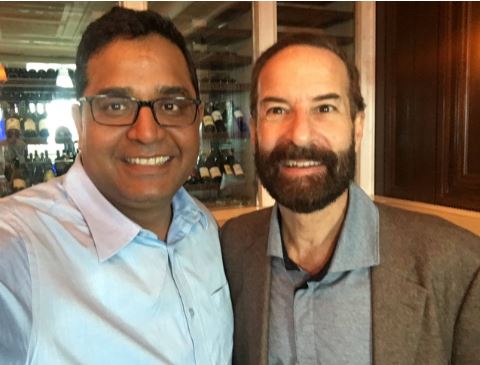 The development comes after Google’s Amit Singhal recently joined the company’s board.

Commenting upon the development, Paytm founder Vijay Shekhar Sharma said, “He has played a critical role in building leading businesses in the Asia Pacific region and across the world. I am confident Mark’s insights would offer excellent leadership for Paytm as we work towards bringing half a billion Indians to the mainstream economy,” as per sources and reports by business insider.

“He (Schwartz) played a major role in helping Alibaba founder Jack Ma and executive vice chairman Joseph Tsai with Alibaba’s $25 billion IPO in New York in 2014,” the company said in a statement, according to reports by Mint

Commenting about joining the company’s board, Mark Schwartz  said, “India is one of the most dynamic and interesting economies in the world and I’m incredibly excited about working with Vijay and his team,” according to sources and reports by Business Insider.

Mark has rich experience of over 27 years with Goldman Sachs. He joined the firm’s Investment Banking department in 1989. According to reports by business insider, after relocating to Tokyo as the President of the Japan unit in 1997, he became the Chairman of Goldman Sachs Asia Pacific in 1999. He retired from the firm in 2001 but later rejoined as the Asia Pacific Chairman in 2012.

Cyrus Mistry Sacked As Chairman Of Tata Sons; Ratan Tata To Be The Interim Chief