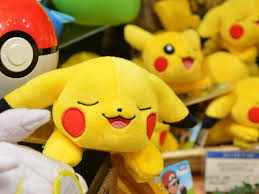 Nintendo shares dropped by 17.7% after they more than doubled in value since the game’s launch on 6 July. Pokemon Go was developed by US firm Niantic and Nintendo said profits from licensing and fees would be limited.

The Kyoto-based company, Nintendo stated the game’s financial impact will be ‘limited’ and that it is not necessary to revise its annual forecast even after factoring in current conditions. It also said revenue from Pokemon Go Plus, a Nintendo-produced accessory for the game expected to go on sale soon, has already been factored into the current guidance.

Nintendo receives 75 percent of its revenue from abroad. The strengthening of the Yen against the dollar has only served to exaggerate the problem for companies like Nintendo that rely heavily on exports. The combination of the market decline and Nintendo’s reliance on exports provided the means for a double whammy effect that impacted Nintendo’s stocks the day the decline started.

The correction comes after Pokemon Go’s release almost doubled Nintendo’s stock through Friday’s close, adding $17.6 billion in market capitalization. Nintendo is a shareholder in the game’s developer Niantic Inc. and Pokemon Co., but has an “effective economic stake” of just 13 percent in the app, according to an estimate by Macquarie Securities analyst David Gibson. Source-Bloomberg