Now You Can ‘Holoport’ Anywhere Courtesy Of Microsoft 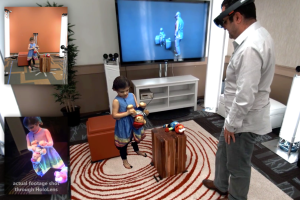 Shahram Izadic, Microsoft research manager recently revealed the company’s latest innovation using HoloLens: ‘holoportation,’ enabling him to appear as if he’s there in real-time, anywhere in the world.

His image is captured in 3D by cameras placed around the room. This is then stitched together, compressed and transmitted so someone else can see, hear and interact with him as though he’s right there with them.
You can even playback previous interactions, as though “walking into a living memory,” and miniaturize the content to make it easier to consume. 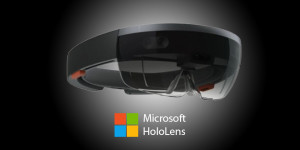 “Imagine being able to virtually teleport from one place to another,” he says. Well, if you’re the owner of a HoloLens, you soon could do.

He posits that this might well be the next generation of Skype-style interactions with distant family members.