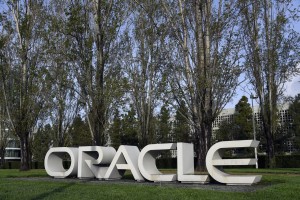 Business software maker Oracle Corp said on Thursday it would buy NetSuite Inc for about $9.3 billion in cash, a deal designed to help Oracle gain market share in the fast-growing cloud computing business.

Oracle Executive Chairman Larry Ellison and his family owned around 40 percent of NetSuite’s shares, according to a regulatory filing from NetSuite. Oracle said the deal was led by a committee of independent directors.

.@Oracle has announced it has entered into an agreement to acquire @NetSuite, accelerating global #cloud solutions https://t.co/St4iDoLln3

Netsuite shares rose 18.6 percent to $108.64 in pre-market trading, just shy of the offer price of $109 per share. The deal could also help Oracle, which is aggressively trying to build and sell more cloud-based business software, play catch up with competitors such as Workday and Salesforce.com that specialize in cloud-based offerings.

Separately, NetSuite also reported its quarterly results. Revenue in the second quarter rose 30% to $230.8 million, but its loss widened to $37.7 million from $32.3 million in the year-ago period. Excluding certain costs, such as expenses related to stock-based compensation, NetSuite’s earnings rose to $6.6 million, or 8 cents a share, from $1.7 million, or 2 cents a share.

NetSuite is a software company which is also based in California, that sells an eponymous group of software services used to manage a business’s operations and customer relations. NetSuite’s services are primarily aimed at medium- to enterprise-sized businesses.

Now You Can Book Uber Cabs with Snapdeal