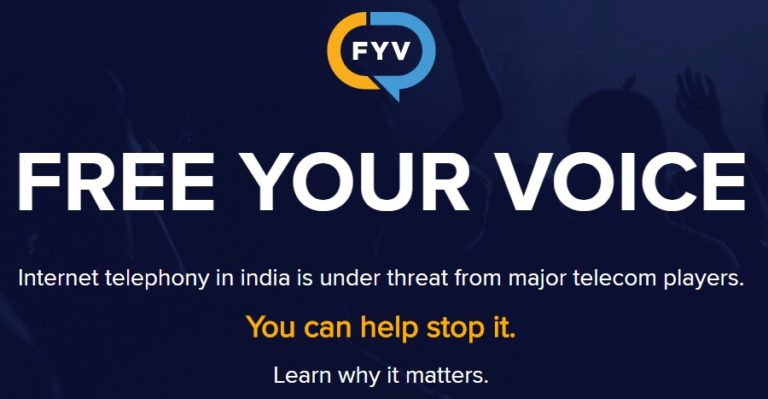 The capital saw the launch of “Free Your Voice”, a national campaign aimed at freeing the voice of the people of India by serial entrepreneur Bhavin Turakhia and supported by iSPIRIT in an effort to encourage fair laws to enable the launch of Internet Telephony in India, permanently.

Bhavin Turakhia, Co-Founder and CEO, Directi said, “Internet telephony in India is under threat from major telecom players. Incumbent providers like Vodafone, Airtel, Idea, etc. are reluctant to reduce costs and drive innovation. Allegedly incumbent operators are claiming that only the Telecom Carrier that provides a data connection to a subscriber should be allowed to offer Internet Telephony to that subscriber over their Internet connection. This means for example, that a Vodafone 4G subscriber can only get Internet Telephony from Vodafone and no other provider.”

Sudhir Singh, Fellow iSPIRT, said, “A truly ‘Digital’ India demands VoIP to open immediately. Government should now remove all shackles. Leaving ‘internet telephony’ only to the incumbent large Telcos will not be in the interest of consumer. Regulator should fit in the entry of number of small and medium size players, also. This will help innovation, micro and small businesses and availability of variety of niche services.”

In spite of provisions being there in the laws, India has not seen any internet telephony services being launched by the incumbent operators in the last 8 years. This fact underlines the kind of apathy being shown towards the Indian consumer.

Internet Telephony enables customers to make calls to any phone number in the country, over the Internet, at 1/3rd the current calling rates and provides numerous benefits such as the ability to make calls over Wi-Fi in bad signal areas, 90% cheaper international calling, HD voice, and innovations like simultaneous data transmission, video calls, and many more.