Horror/Sci-fi, A Quiet Place, surprised everyone with its success, also making way for a highly anticipated sequel that that was released earlier this year. This week a new video game was announced to set in the universe of A Quiet Place. Created by Saber Interactive and EP1t0me, the game is expected to be released sometime in 2022. 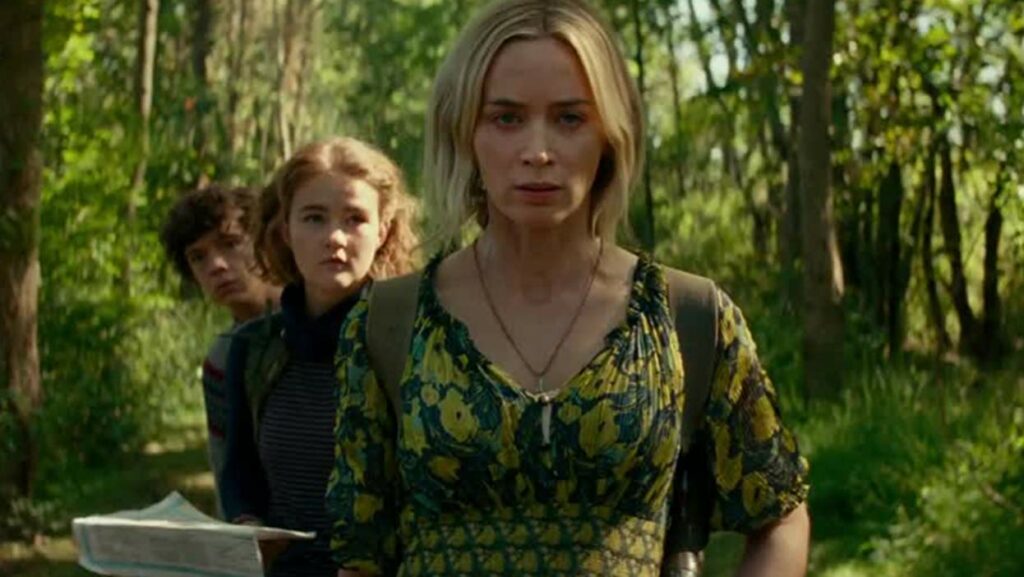 It will be a single-player horror adventure game based on the Paramount Pictures films series and will be released in 2022 for Windows. The official website is now live and features the logo and promises that A Quiet Place video game will appear in 2022. This will be the first official video game in the universe of A Quiet Place, providing an original story and gameplay that captures the captivating suspense, emotion, and drama for which the series is famous. The publisher of the game is Saber Interactive (World War Z, Evil Dead games).

Future stories in Moss’s world are planned, but the first entry should be fun. The upcoming game from Saber Interactive and Illogika will be released in 2022. A post-apocalyptic survival simulation, direct horror, and a dark and thoughtful experience. The first film is a suspenseful thriller, which will be followed by a sequel very soon. The objectives of the game are simple and different from other zombie games.

With an invasion of a deadly alien species which is super sensitive to sound, we can only imagine what will happen to the world. This means that there are endless stories in this universe to tell and that next year you will be able to experience them for yourself with a new video game.

The player has to listen to every sound in the game and make decisions that depend on the sound he hears around him: gunshots, monster noises, and more. The game is set in the world of A Quiet Place and offers not only alien and Nemesis-style threats, but also silent marauders who mess with the player and try to get him through the sounds of it. This makes for interesting gameplay.

It is evident that stealth plays a crucial role in successful gameplay, but we will have to wait and see what lies ahead. Horror games usually have their gameplay settings of night, which shakes things up as it is a human tendency that a bright area means you’re safe. Avoid traps, avoid bumping into objects or throwing them over, and use the acoustic deflection mechanics in the game.

If you want to learn how to navigate a world where the inhabitants of Quiet Places walk and move as quietly as possible to avoid the wrath of noise-sensitive aliens, Players will be testing their nerves with the very first video game of the Horror/Sci-fi franchise. Based on the teasing sentences above, we can expect a thrilling solo adventure, and not only that but also online co-op and multiplayer options. A Quiet Place follows the struggles of a family trying to survive in a world where any kind of increased noise can lead to death. More details about the game will be available as we get closer to the release.