A US couple is accused of selling nuclear submarine secrets

A couple has been charged with attempting to transfer US nuclear secrets to another country in exchange for cryptocurrencies, following a year-long investigation by undercover FBI agents.

The Justice Department announced on Sunday that a US Navy nuclear engineer and his wife were accused of selling classified information about nuclear submarines to an undercover FBI agent posing as a foreign country operator. 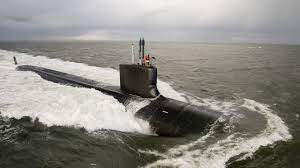 According to the Justice Department, Jonathan Toebbe and his wife, Diana, were arrested on Saturday in West Virginia and charged with violating the Atomic Energy Act. They are due to appear in federal court in West Virginia on Tuesday.

Toebbe allegedly sent a package to a foreign government in April 2020 trying to sell nuclear secrets, and an undercover FBI agent responded several months later using an encrypted email program and spoke with him, according to a criminal complaint justifying his detention. According to the lawsuit, the agent attempted to acquire Toebbe’s trust before allegedly agreeing to sell the material for thousands of dollars in bitcoin.

The agent tried to persuade Toebbe to meet in person after winning his trust, but Toebbe was afraid of getting caught. The agent recommended that he use a dead drop at a location of his choice. Toebbe allegedly wrote in March 2021, “I’m concerned that employing a dead drop site prepared by your guy will put me in jeopardy. I won’t be able to detect any other interested parties who are watching the location.”

According to the FBI’s criminal complaint, Toebbe was also concerned about accepting cash payments since serial numbers may be traced, and he was concerned about “tracking devices and other unexpected surprises.”

Toebbe allegedly hid a digital memory card holding information about underwater nuclear reactors in half a peanut butter sandwich at a West Virginia “dead drop” location while his wife worked as a watch, according to the Justice Department.

Toebbe and his wife, who are from Annapolis, Maryland, were arrested after dropping yet another memory card at a West Virginia drop point, according to officials. According to a criminal complaint, they were charged with conspiracy and “transmission of restricted data.”