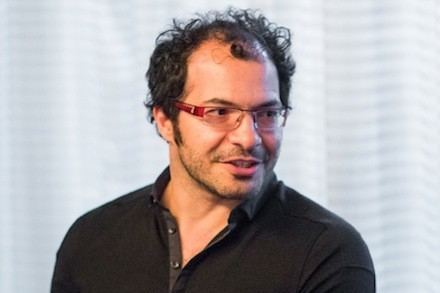 Last week marked the tenth year of the passing of Steve Jobs, a man who left an indelible mark with his work. Apple took the occasion to commemorate the great founder. As the world celebrated the life of Steve Jobs through anecdotes and experiences, investor and entrepreneur Ali Partovi shared a rather “painful” story about an experience negotiating with Apple and Steve Jobs and how the traces of that one mistake still haunts him. Here is the tweet that Partovi shared.

As the world celebrated Steve Jobs’s life last week, I recalled a lesson he taught me. My one meeting with Steve didn’t end well. It’s one of my most painful memories, and a warning to startup CEOs about the danger of taking hype too far. Here’s the story. (1/n)

The incident took place in the year 2008, and back then, Partovi was the CEO of a startup that Apple was interested in acquiring. Partovi’s company had displayed notable progress as iLike was an instant hit with the users and it created a certain “hype” within the musical world. The users got recommendations, thanks to its integration with Facebook, iTunes, etc., Within the first month, the company recorded a massive success as it managed to capture about half a million users. This runaway success and progress piqued the interest of a lot of companies including that of the tech giant, Apple.

In the tweet, Partovi shares the story of a situation wherein their team was, pressured by the investors and record companies were in a state of desperation. The negotiation talks with Apple offered a beacon of hope as Steve Jobs and the rest seemed pretty intrigued by their pitching and arguments. It wouldn’t be an exaggeration to say that they had tasted success. And Apple might have actually acquired Partovi’s company, if not for a single yet crucial mistake on Partovi’s part. Partovi on knowing that Steve Jobs was contemplating paying them the same amount of $50 million which was their evaluation in the first year was disheartened to realize that the sale wouldn’t create any new value. Perhaps he was tormented by the thought of his team’s hard work going down the drain or perhaps the pressure had made him desperate. Either way, he went on to make that blunder which he would regret forever while also serving as a good lesson. He lied to Steve Jobs. And that did not end well.

I replied that our last round had been two years earlier, pre-launch, at a $50M valuation. Since then, we’d amassed 50M+ active users. /9

Steve said, “we’d probably acquire you for $50 million.” My heart sank. I couldn’t imagine telling our team that their years of work had created no new value. /10

I replied, “Steve, I think we’re worth at least three times that.” /13

Steve Jobs, with his experience in the field serving as a lie detector, caught the lie and fumed off. And that put an end to all negotiation talks. A small lie can act like a nuclear bomb that can destroy everything. Although they tried to negotiate with the other founders, it was to no avail since the curtain was already drawn on the show. Partovi recounts this experience in a tone tinged with regret. However, it cannot be denied that he displayed immense courage in sharing a story of vulnerability and weakness. Because it takes a great personality to own up to one’s mistakes. Twitter was also appreciative of this quality as several entrepreneurs came forward to appreciate Partovi for sharing such an incredible story. Some even came forward supporting Partovi, urging him not to be too hard on himself. Here are a few of the responses.

Interesting story. But really, were you lying?. When you said you know, were you suggesting what he thought?

Great story .. thanks for sharing.. kudos to you for being brave and voicing your opinions.. it takes courage..

Job’s behaviour wasn’t very rational here. When you negotiate an acquisition, you can’t expect to offer as much as their pre-money evaluation without the founders fighting back. He was a founder himself and he must know how pride founders can be.

Ali, is it only me who is kinda glad this happened…you went on to create code .org which is helping millions around the world. That’s some kind of legacy. I bet Steve is smiling too ❤️

Thank you for sharing your story and showing your vulnerability. You focus on the think/know part, but I think Jobs was looking for a loyal team he could trust enough to acquire. You were focused on repaying past investors, but Jobs was focused on future w you.

Good story @apartovi IMHO a fundamental component to create sustainable business is the combination between self awareness and empathy. When well driven they project humility and boldness, which immediate drive trust. 👌

This is a fantastic story. Thank you for sharing.

So impressed and grateful you shared this story. It takes guts, vulnerability, and generosity to share fumbles and lessons learned. Thanks for being you! ♥️🙏💪