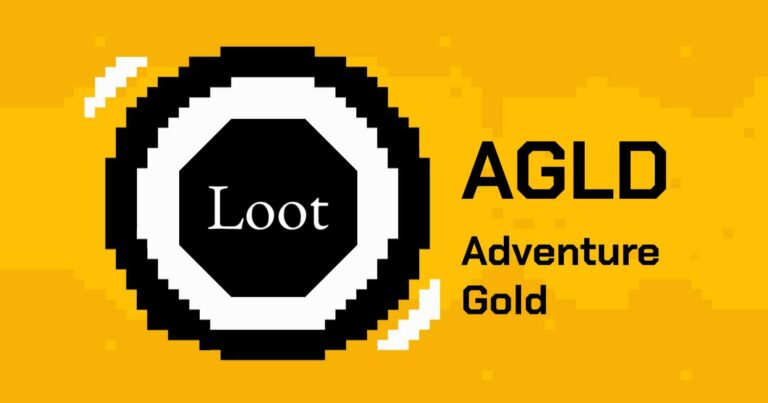 Adventure Gold: Everything you need to know

We have been in the era of advancing technology for quite some time now and have been able to witness the introduction of several industries but, only a few of them were able to create a name for themselves, one of which includes the cryptocurrency industry. Crypto has been around for a long time now and ever since it was first introduced, the industry has had a surge in its growth and popularity, thus marking its presence on a global level.

Having said that, I sincerely believe, most of you are already aware of the basics of the said industry but, if for some reason that’s still not the case, let’s talk about that first. Cryptocurrency is nothing but a decentralized blockchain-based platform or as the name suggests, it is simply a form of virtual currency. This digital asset of yours can easily be used for the purpose of trade and exchange over crypto exchanges as well as for the purpose of buying and selling goods and services online.

As mentioned, the crypto industry has been able to lure in potential investors from all over the world but, was this always the case? Probably not because when the industry was first introduced, there were not many currencies to choose from and honestly, not many people were wanting to invest in it either as investors back then were not very aware of what the industry does and were not confident in respect to the return on their investments.

On the contrary, I believe, all of that has been left behind long ago as today, lots of currencies are available in the marketplace, with newer ones coming in every day and numerous new investors joining in with each passing hour. Looking at the leap that the industry has managed to take in respect to the audience it serves, it is worth noting that, some of the major contributing factors for this huge success include its Portability, ease of use, high-profit margins, volatility, intuitive nature as well as the convenience it offers of course.

Also,  you should probably be aware of the fact that being volatile, the price fluctuations of currencies in the marketplace tends to be rather immediate, thus making it even more difficult for you to predict the future trends in order to act accordingly.

Therefore, whenever dealing in cryptocurrencies, you should keep in mind that, if the industry is providing you with a platform to earn huge profits and make quick money, if not done right, you could also end up having significant losses as well.

As mentioned, there are a lot of currencies available today in the marketplace, and some of the most popular ones for you to choose from include Bitcoin, Binance Coin, Cardano, Polkadot, EverGrow Coin, Dogecoin, as well as Ethereum to name just a few of course.

Now that you have a brief backstory about the crypto world, you will be able to have a much better understanding of what we have with us today, Adventure Gold. To know more, I suggest you read further!

Everything to know about Adventure Gold (AGLD)

Adventure gold or as commonly referred to as AGLD is nothing but an Ethereum (ERC-20) token that was airdropped to the owners of the Loot non-fungible token (NFT) project. As far as Loot goes, it is a text-based, randomized adventure gear that is generated and stored on-chain, thus serving as the foundation for all the games that are to be built in the future and was developed by social media network Vine co-founder Dom Hofmann.

The said platform was founded by Will Papper and was launched not very long ago but on September 2, 2021. Also, before moving on any further, you should probably know that AGLD is the native utility token of the Adventure Gold platform, which can be used for a variety of purposes on the platform itself including being used as a game currency for several similar games and projects which will eventually be created on top of the Loot Project.

In addition to this, it is worth noting that, getting listed on Coinbase is like a serious mark of success for developers in the field and after Adventure Gold entered Coinbase, the platform became a head-turner for potential investors from all across the world. The said cryptocurrency is to allow users to dabble in a hybrid space which is likely to be the future of non-fungible tokens (NFTs) in entertainment.

Also, the said altcoin managed to hit its all-time high of about 7.63 US dollars just after a few hours of its launch and is currently seen as one of the most popular and recently added cryptocurrencies in the marketplace. Not just that, the project intentionally has no particular front end, statistics, images, interface as well as functionality but instead, it is more or less based on a set of nearly 8000 texts based NFTs open to how the community wants to interpret it.

Furthermore, the non-fungible token that we talked about are said to contain texts of gears ranging from the “Holy Greaves of Giants” to the “Grim Shout” and as of September 8, 2021, the floor price of Loot on openSea is about 8.56 ETH, while several derivative projects are being created around Loot and can be found here.

Having said that, it is vital for you to know, after Adventure Gold was first introduced, the platform allowed each owner of Loot NFT to claim nearly 10,000 tokens for free and with the surge in the price of AGLD in the initial days of trading, this airdrop of sorts was worth somewhere around 70,000 US dollars per NFT.

As mentioned, Adventure Gold is known to follow the very same approach the underlying Loot non-fungible token game has hoped for, by the community building on top of Loot as nothing but a form of endorsement.

Also, while the overall uniqueness and simplicity of Loot have itself managed to inspire the Web3 community to come up with several derivative projects based on its code, Adventure Gold is focused on being used as a governance token and having users on the platform vote for in-game credits in the future or yet to come mints building on top of Loot and adopting the AGLD token.

Not to mention, a multisig group comprising of Papper as well as several other reputable community members can easily execute contractual permissions, such as minting governance proposals as well as decisions. Apart from this, the overall development speed of Adventure gold and Loot along with the buzz surrounding the project has also led to a volatile trading environment that is different when compared to others, fuelled by the decision of powerhouse exchanges such as FTX to list AGLD merely thirty hours after its launch.

Now that we have talked much about Adventure Gold, some of you must be wondering, whether or not it is a good idea to invest in the platform? If that’s the case, then let’s find out, shall we?

As of today, the price of Adventure Gold is about 1.45 US dollars with a twenty-four-hour trading volume of 16,414,259 dollars. Not just that, in just the past twenty-four hours, the value of Adventure Gold has gone down by 12.62 percent, and with the current market cap of 101,651,840 US dollars, AGLD is currently placed at #427 position as per the CoinMarketCap rankings.

Also, it is worth mentioning that, the current circulating supply of Adventure Gold is 70,170,001 AGLD coins but unfortunately, the maximum lifetime supply of the currency is not yet available. In just the past week alone, the price of the platform has fallen by 5.95 percent.

Reading so far, you must have gotten a fair understanding of the platform and by now, you should be able to figure out on your own whether or not investing in Adventure Gold is the right thing for you to do. Seeing what it has to offer when combined with its performance in the recent past as well as its plans for the near future, I certainly believe that Adventure Gold can prove to be a profitable investment in the near future, which is likely to provide you with higher returns and it is a possibility that your current investment may increase in value. But again, nothing can be said for sure!

As mentioned at the very beginning, crypto is a highly volatile marketplace and is extremely uncertain. Thus, It is very important for you to understand the fact that just like any other currency in the crypto marketplace, Adventure Gold does have its own risks as well and you should invest only if you are willing to take those risks and bear any and all losses if at all necessary.

If you are wondering, where can you buy Adventure Gold? Let me help you with that. Currently, Adventure Gold is available on all major crypto exchanges but, some of the popular exchanges that have AGLD listed on them include Binance, Mandala Exchange, OKEx, FTX as well as Huobi Global to name a few.

In conclusion, what are your thoughts on Adventure Gold? Do let us know in the comments area below. To know more about various cryptocurrencies, do check out other articles we have on our website. Thank you for your time & if you found our content informative, do share it with your investor friends!

Also read: Flux: Everything you need to know