Africa is faster in adopting crypto

Kenya, Nigeria, South Africa, and Tanzania were among the top 20 markets in the Global Crypto Adoption Index, with some of the greatest grass-roots adoption rates in the world. 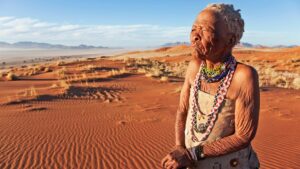 According to the latest numbers from digital analytics firm Chainalysis, the volume of transactions made up of retail-sized transfers in Africa was 7%, compared to 5.5 percent globally.

According to the research, “no region uses P2P networks at a higher rate than African cryptocurrency users, who account for 1.2 percent of all African transaction volume and 2.6 percent of all Bitcoin volume specifically.”

Since 2016, trading volumes for the number of African currencies have increased significantly on LocalBitcoins and Paxful, the world’s two largest P2P platforms by transaction volume.

Consumers in Nigeria and Kenya are currently using P2P on those sites to get around strict banking rules that prohibit cash transfers from banks to cryptocurrency businesses.

Banks have been advised not to enable these transfers by regulators in both countries, while non-custodial P2P platforms allow users to trade cash for bitcoin amongst themselves. As a result, if consumers like, they can transmit cryptocurrency to centralised exchanges for greater trading choices.

P2P are extremely popular in Africa

“In comparison to other regions, P2P networks are exceptionally popular in Africa, and many African cryptocurrency users rely on P2P platforms not just as an on-ramp into cryptocurrencies, but also for remittances and even commercial transactions,” according to Chainalysis.

“Cross-region transfers also account for more of Africa’s cryptocurrency market than any other region, accounting for 96 percent of total transaction volume compared to 78 percent for all regions combined. We’ll look at the specific use cases and needs that are driving these changes in Africa.”

“Binance used to be by far the most popular platform, but since the central bank’s sanction, many people are turning to peer-to-peer platforms like Paxful and Remitano,” he said.

Many P2P activities, according to Owonibi, take place in informal group discussions on messaging apps rather than on traditional platforms.

Meanwhile, the rise of cryptocurrencies in Africa coincides with plans by a number of African governments to introduce their own virtual currencies backed and issued by central banks.

The adoption of electronic payment mechanisms such as Lipa Na M-PESA, credit cards, and payment gateways is driving Africa’s interest in digital currencies as the use of fiat cash diminishes in key African economies.