The Tense In AgriTech: Past, Present And Future In India ! 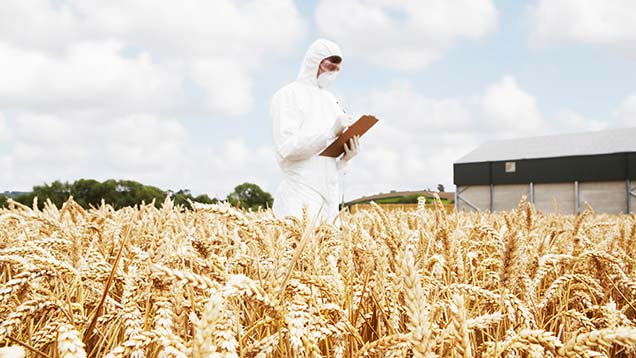 Agriculture is said to be the noblest profession. But of late, our farmers across the country are giving up this practice; many even went to the extent of committing suicide. In India more than 50% of the citizens are employed in Agriculture and agri- related businesses. Agriculture is the prime source of food, apart from many raw materials such as cotton, silk, jute, etc.

The problems that the farmer face today includes diversion of agricultural land for non-agri purposes, degradation of land quality, pest attacks and plant diseases, lack of agricultural labourers in rural areas, lack of access to fair finance and insurance opportunities, erratic monsoon, lack of irrigation facilities and lack of access to markets. This has led to a spate in number of farmer suicides across the nation. This has also resulted in increase in prices of basic provisions such as onions, tomatoes and pulses. This is a burning topic in every middle-class and low-class families in cities.

Agritech refers to the techniques and technologies associated with Agricultural practices. Agritech consists of various fields such as breeding and genetics, biotechnology, agri-chemicals, information technology and broadcasting, farm tools and machineries, pumping water and irrigation. These techniques are employed to make agriculture more profitable and sustainable.

Government has always given thrust to agricultural sector by implementing technologies developed and implemented with the help of agricultural universities and department. In the 1960s introduction of high yielding varieties of seeds along with chemical fertilizers and irrigation led to increase in production needed to make the country self-sufficient in food-grains. But this had a detrimental effect on the land in the long-term, making the land less fertile.

Then, it brought in the Operation Flood, famously known as the White revolution where village milk producers’ co-operatives were formed, which procure milk and provide inputs and services, making modern management and technology available to members. This helped the farmer generate additional income to sustain himself. To reach the farmer and spread the information like weather conditions, market conditions and new technologies, government had launched farmer call centres. Most recently it launched DD Kisan a 24-hr farmer-based channel for the benefit of the farmers. The current government has launched e-NAM which is an electronic trading platform, where farmers can get access to markets across the states. The government has sets its target of doubling farmer income by 2022.

How Technology Can Help In The Fight Against Hunger ?[/box]

Some corporate companies along with the help of state agricultural universities have developed and tested genetically modified crops. GM crop seeds has an inbuilt gene that will prevent crop loss due to pests. But farmers and environmentalists have protested against its usage as it would lead to monopoly of seed sales and loss of traditional breeds. The agricultural machinery companies have developed tractors and other farm equipments to compensate the lack of laborers. These expensive machinaries are bought as a cooperative or rented or leased as buying them is not affordable. Farmers have also installed solar powered DC motors in their farms which pump groundwater for irrigation without having to depend on electricity.

Farmers have understood the importance integrated farming, rather than depending on one form of culture. Apart from crop production and dairy farming they have forayed into honeybee rearing, silkworm rearing, poultry, fish and prawn culture, etc. This increasing their income and simultaneously insures them against the loss of one crop. Integrated farming also acts as a support for each other. The cow dung can be composted and/or directly used as manure in the farm. Honeybee rearing would increase pollination in the crop, thus increasing productivity.

The demand for organic crops is increasing among the health conscious urban rich, thus encouraging farmers to take up sustainable and organic farming which uses no external inputs. Many corporate citizens have left their high paying jobs and have taken up farming as profession. Urban dwellers are trying their hand by trying farming in their backyard or rooftop.

A number of startups have come up in this field as well. One of them, Cowism aims to bring back integrated farming by rearing local breeds of cows in place of imported jersey cows. A Tirupati based start-up Sustainearth aims to revolutionize rural livelihoods by installing biogas plants that produces bio-CNG and manure for their farm from cow dung and agro residues. Another startup Skymet predicts and analyses weather patterns and predicts risk in agriculture for all seasons. Some startups are setting up micro cold storage facilities at affordable costs which gives the farmers the opportunity to store their produce and sell it when the prices are optimum.

All these new technologies are reaching the farmers and they would surely be able to double their incomes very soon.