Bharti Airtel, one of India’s largest telecom companies, has announced the rollout of Airtel Black subscriptions across the country. The Airtel Black plans would give customers a single bill for several Airtel services, such as Airtel Xstream fibre broadband, Airtel direct to home (DTH) service, and Airtel mobile services. 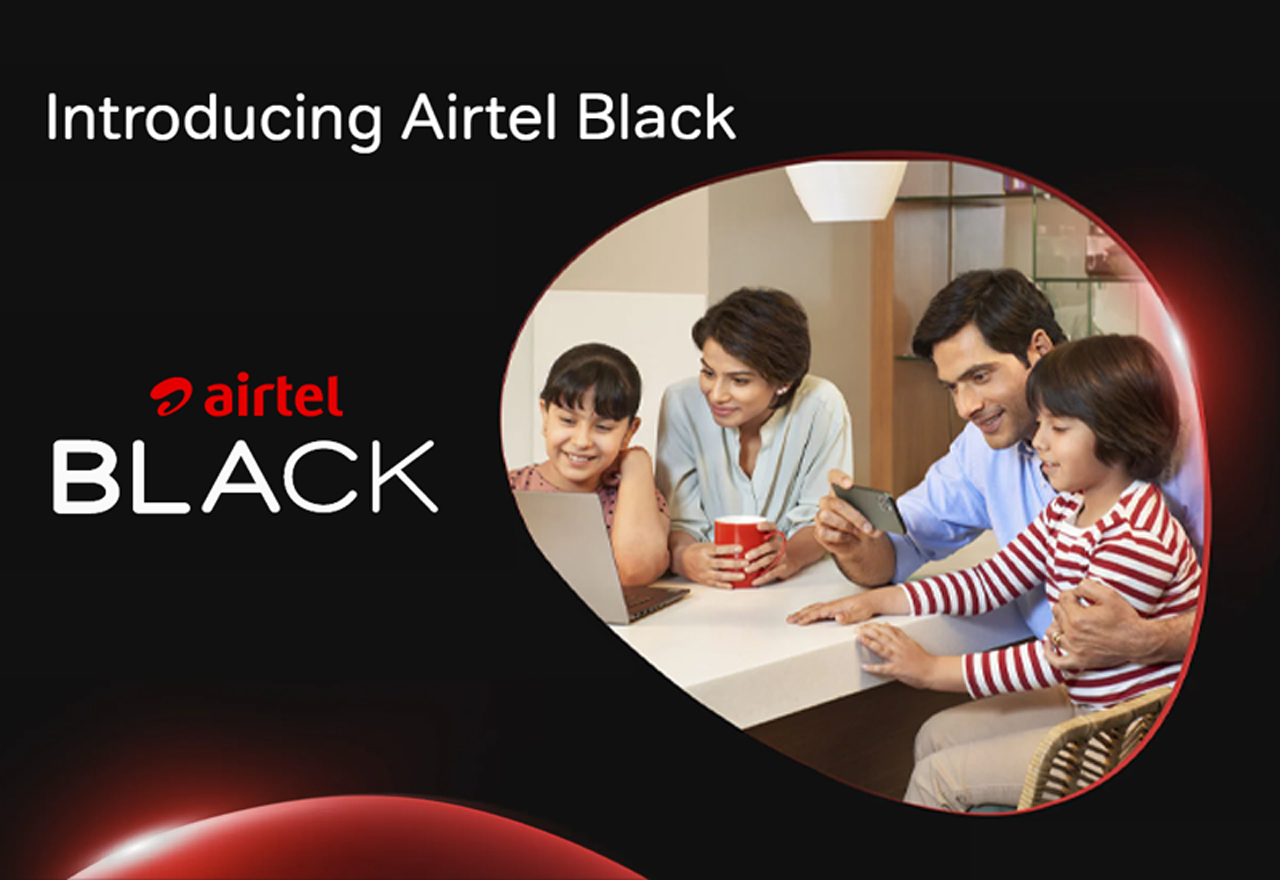 Depending on which Airtel Black plan users choose, they’ll be able to create custom plans with any combination of Xstream broadband, mobile, or DTH connection. In fact, this is a rebranding of the One Airtel bundled plans, which were previously available to Airtel customers as a trial. To become part of the Airtel Black plan, a subscriber needs to have a postpaid connection along with two or more Airtel services. The plan also includes a single customer service helpline number, with a dedicated crew of relationship managers to prioritise faults and issues.

The telco has also created an official microsite for users to enrol in the service. There are four Airtel Black plans available, with prices ranging from Rs 998 to Rs 2,099. The plan, which costs Rs 998, includes two postpaid connections, 105GB of total data, and unlimited local and national calls. It also comes with a DTH connection that connects TV channels worth Rs 350.

Two postpaid connections with 105GB data and an Airtel Xstream broadband with up to 200Mbps are offered with the Rs 1,598 Airtel Black plan. The company also offers unlimited calling and landline services that come bundled with the mentioned broadband connections.

The Airtel Black plan, which costs Rs 2,099, bundles three services into one. Customers can choose from three postpaid mobile connections with 260GB of data each, as well as an Xstream DTH connection with a Rs 424 TV channel subscription. The plan also includes a bundled landline with unlimited calling and Xstream broadband service with up to 200Mbps speeds.

Airtel Xstream Box for DTH services, and the company promises zero installation charges. However, you need to deposit Rs 1500 as security for the Xstream Box. This security deposit will be refunded only if the user does not return the box in a year. Another thing to keep in mind is that Airtel allows customers to unbundle their perks while choosing the Airtel Black plan.

The key advantage of the Airtel Black plan is that users would have to pay monthly for all of the abovementioned services. In addition, consumers will have access to a dedicated relationship team. Meaning customers opting for Airtel Black plans will get their questions and problems resolved quickly as possible by the company. Customers’ calls will be answered within 60 seconds or less, as claimed by Airtel.