Alex Mashinsky is an American entrepreneur and CEO of Celsius Network took to Twitter and talked about the strong demand for stable coins.

Big dip with lots of retail liquidations on exchanges

No institutional liquidations or losses on @CelsiusNetwork

We still see strong demand for stablecoins which tells me we are going higher after retesting today’s lows on BTC and ETH. #HODL on and #UnbankYourself 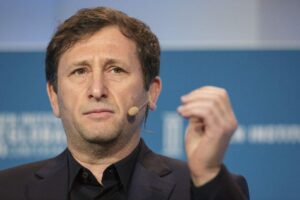 Alex Mashinsky is an American entrepreneur who has launched several significant technological companies. In 1996, he established Arbinet as a commodity exchange for telecom firms to trade unused long-distance minutes. VoiceSmart, Mashinsky’s other company, was one of the first to offer telecoms switches that could handle both traditional phone and Voice over IP call routing. Mashinsky was the CEO of Novatel at the time. He is presently the CEO of the Celsius Network, a CeFi lending network that utilizes blockchain technology. 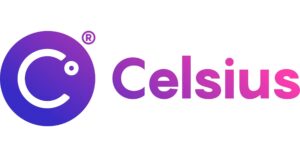 Alex Mashinsky and S. Daniel Leon founded the Celsius network in 2017. As of August 13, Celsius, the biggest worldwide cryptocurrency earning and borrowing platform has confirmed a total of $20,366,621,718 in bitcoin assets. Celsius carried out its quarterly internal audit with the help of Chainalysis, a third-party blockchain analysis company, and an internally devised methodology that was also verified by Chainalysis.

Celsius has raised its overall asset holdings from $1 billion to over $20 billion in less than a year. Celsius provides real-time data about its assets, loans, users, and prizes awarded as part of its Proof Of Community (POC) and rewards explorer. This asset growth trajectory is expected to continue, with Celsius reporting that it is adding up to $1 billion in new assets per month, as the company moves closer to the top of the crypto industry’s overall asset holdings.

“By changing the way consumers earn and borrow on the blockchain, Celsius continues to do what was once deemed impossible,” stated Alex Mashinsky, CEO of Celsius.

Celsius credits its rapid growth to its community-centric model, which prioritizes users over shareholders. Customers can earn up to 17 percent annual percentage yield (APY) on 43 cryptocurrencies through the Celsius platform, which pays out weekly. Users can also use their cryptocurrency as collateral to borrow dollars or stablecoins at 0% interest rates and get incentives in the form of cash or CEL tokens.

After getting a Finance Lender license from the state, Celsius Network began its service in California, allowing the company to expand its operations and serve California residents. “California has one of the greatest populations of crypto holders in the world, as well as one of the largest economies in the world,” according to Celsius CEO Alex Mashinsky. As a result, he stated that “this is a unique moment for the Celsius community.”