The Standard Chartered Report Values Ethereum at ‘$26K to $35K’

Standard Chartered analysts are bullish on the crypto asset ethereum, according to research published by the British bank. Bitcoin might hit $175K, according to the bank’s analysts, who also stated that “structurally, we value ethereum at $26,000-$35,000.”

Standard Chartered, British multinational banking, and financial services company, has released a report on the two most popular cryptocurrencies. The study was written by Geoff Kendrick, Christopher Graham, and Melissa Chan and is titled “Ethereum Investor Guide.” The research delves into a number of topics, including “structural aspects” such as the “economic argument for Ethereum.” 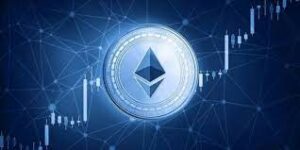 Although “ETH and BTC share many characteristics,” the Ethereum blockchain contains smart contracts, decentralized autonomous organizations (DAOs), decentralized finance (defi), non-fungible token (NFT) assets, and initial coin offerings, according to the Standard Chartered research paper (ICOs). Despite the wide range of applications Ethereum provides, the bank warns that there may be a higher risk than with bitcoin (BTC).

While the potential profits for ETH are higher than for BTC, the dangers are also higher, according to the three Standard Chartered experts.

Standard Chartered’s analysis emphasized the forthcoming Ethereum 2.0 transition, in addition to NFTs, DAOs, defi, ICOs, and other uses. The shift has obvious environmental benefits, according to Standard Chartered’s researchers. “Because it eliminates the need for a lot of computer power to do ‘mining.’ “During H1 2022, the transition from [proof-of-work (PoW)] to [proof-of-stake (PoS)] is scheduled to be phased in gradually,” Kendrick, Graham, and Chan added.

Standard Chartered also talked about “sharding,” “from EVM to eWASM,” and ether supply in general. It also points out that scaling Ethereum and implementing ETH 2.0 is a difficult task. “ETH 2.0 is complicated,” the authors assert. “[And] a major upgrade to an already complicated platform. The difficulty is exacerbated by the fact that ETH 1.0 and ETH 2.0 have been functioning in parallel for a long time,” the researchers write.

The Standard Chartered research also considers the “regulatory landscape” and “competition landscape,” mentioning blockchains that compete with Ethereum in the defi, NFT, and decentralized application space. The research adds that “separate ecosystems currently exist and may continue to threaten Ethereum in specific areas.” Furthermore, “regulatory considerations linked to Ethereum will be substantially different from those related to Bitcoin,” according to the bank’s research.

What are your thoughts on the Standard Chartered report on Ethereum and other cryptocurrencies? In the comments section below, let us know what you think about this topic.