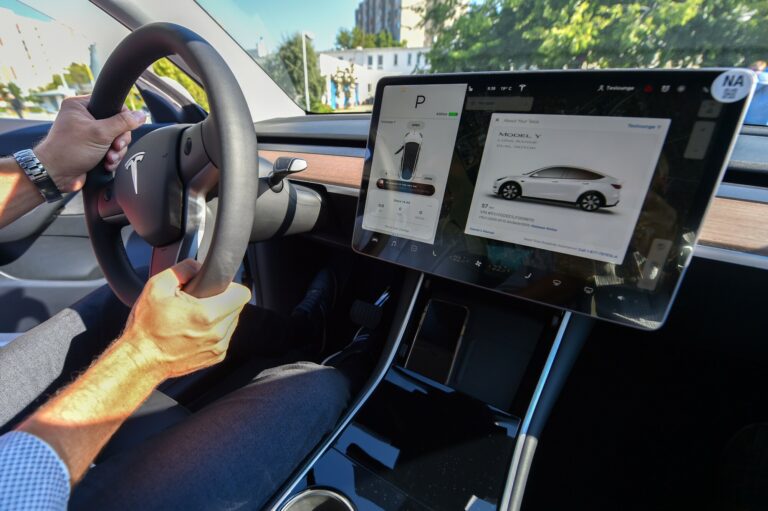 An almost brand-new Tesla Model Y caught fire as the vehicle was powering down while driving. The driver said that he was stuck inside the car and had to break the window to get out and save himself. It happened last Friday on the roads of North Vancouver, British Columbia.

The person who was driving was, Jamil Jutha, driving a 2021 Tesla Model Y. It was bought eight months ago. He claimed that he saw an error notification and then the vehicle powered down. Then he noticed that there was smoke in the cabin. According to his statement given to the fire department for asking if anyone else was there in the car. He stated, “No. I had to smash the window to get out of the car. I kicked through the window. Everything stops. The power didn’t work. The door didn’t open. The windows didn’t go down so I’m thinking I need to get the f*ck out of this car so I kicked through.”

Interestingly, Tesla does have a manual release option in plain view. Usually, drivers use the electronic releases, to operate the doors in a Tesla. However, it is to be noted that not everyone knows how to use the manual release. With the manual release, the window will go down first, then the door can be pushed open.

While it’s true that the primary way to operate the doors in a Tesla vehicle is through the electronic releases, which don’t work in case of a loss of power, every door is also equipped with a manual release in plain view. In fact, it’s often a problem for people who are not familiar with the car as they use the manual release instead of the electronic release, which enables the windows on the frameless door to go down before enabling the door to be pushed open – ensuring a safer opening of the doors.

After a few minutes of smoke coming out of the car, flames started to be visible inside the vehicle. The fire department arrived about five minutes after the car started smoking, and they were able to quickly extinguish the fire.

A now widely-shared video on social media showed smoke billowing from inside the blue Tesla before the flames engulf the entire vehicle. James Lester, owner, and distiller at Sons of Vancouver who shot the video told the Daily Hive Vancouver news portal about the incident. “The driver told me the car powered down and shifted into the park as he stopped at the intersection,” he said.