After Conquering GO Players, AlphaGo Retires Like a Boss! 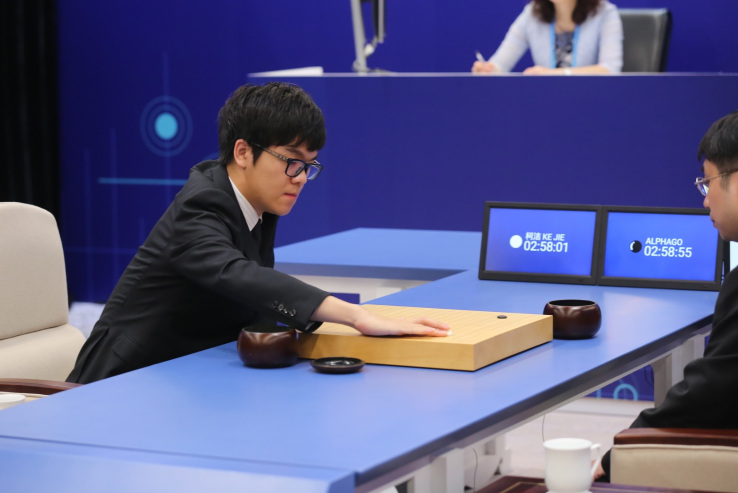 AlphaGo has decided to put an end to its winning streak- by retiring. It defeated the Number One GO player Ke Jie for the third consecutive time in the final match and announced the retirement.

The only loss Google’s AlphaGo registered when Lee Sedol defeated the AI in the fourth game. The series was already won by AlphaGo but Sedol managed to add a scratch to the career of AlphaGo.

Demis Hassabis, CEO and Co-Founder of Deepmind stated in a blog post, “This week’s series of thrilling games with the world’s best players, in the country where Go originated, has been the highest possible pinnacle for AlphaGo as a competitive program. For that reason, the Future of Go Summit is our final match event with AlphaGo.”

“We have always believed in the potential for AI to help society discover new knowledge and benefit from it, and AlphaGo has given us an early glimpse that this may indeed be possible. More than a competitor, AlphaGo has been a tool to inspire Go players to try new strategies and uncover new ideas in this 3,000-year-old game.”

So what’s next for AlphaGo? The AlphaGo program will use its brains to help scientists tackle society’s most complex problems.

The research team behind AlphaGo will now throw their energy into the next set of grand challenges, developing advanced general algorithms that could one day help scientists as they tackle some of the most complex problems, such as finding new cures for diseases, dramatically reducing energy consumption, or inventing revolutionary new materials. If AI systems prove they are able to unearth significant new knowledge and strategies in these domains too, the breakthroughs could be truly remarkable.

DeepMind is planning to publish a final review paper on how the AI developed since its matches with Lee Sedol last year. It is also developing a teaching tool to help newcomers pick up the ropes of the highly complicated game, and to enable more experienced hands to learn the new and innovative moves that Go has introduced. Top players, even Ke Jie himself, studied up on AlphaGo’s moves and added some to their arsenal as per the report by TechCrunch. (Image- TechCrunch)