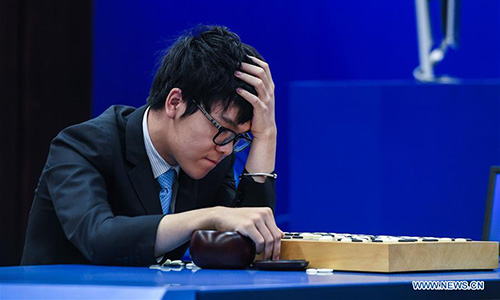 A Year later after defeating Lee Sedol, AlphaGo has defeated the current number one GO player Ke Jie. AlphaGo won against Go world champion Ke Jie to clinch a second, decisive win of a three-part series that is taking place in China this week.

“I’m putting my hand on my chest, because I thought I had a chance. I thought I was very close to winning the match in the middle of the game, but that might not have been what AlphaGo was thinking. I was very excited, I could feel my heart thumping!” he said in a post-tie press conference.

As we reported in June 2016, AlphaGo was scheduled to take on 19-year-old Ke Jie. Back in March 2016, after AlphaGo beat Lee for the first time, Ke reportedly said: “I don’t want to compete with AlphaGo because judging from its matches with Lee, AlphaGo is weaker than me. I don’t want AlphaGo to copy my style.”

Apparently, Ke improved his strategy in the second game and his attempt to confuse AlphaGo in more complex tactical situations has worked fairly well without showing any conspicuous weak points until the very last part of the game when a ko threat for black was evacuated by AlphaGo and eventually led to the failure, Liu Zhiqing, head of the Computer and Go Research Center at the Beijing University of Posts and Telecommunications, told the Global Times on Thursday.

There’s still hope for Ke in the third game, but humans are too prone to make mistakes and once there’s an apparent error, it will be fatal, Liu said. (Image- news.cn)