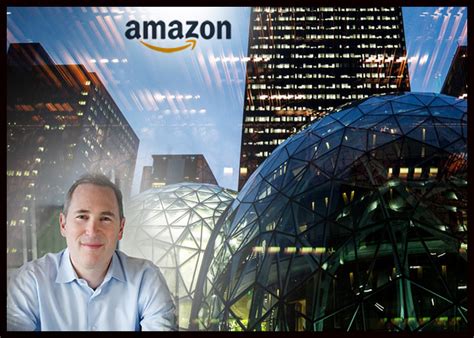 Amazon CEO Andy Jassy told Reuters that the company plans to hire 55,000 individuals for corporate and technical roles throughout the world in the coming months.

As of June 30, that amounted to more than a third of Google’s workforce and nearly all of Facebook’s.

In his first press interview since becoming Amazon’s CEO in July, Jassy said the company needs additional firepower to keep up with demand in retail, cloud computing, and advertising, among other areas.

Project Kuiper, the company’s latest bet on launching satellites into orbit to expand broadband access, he claimed, would also necessitate a large number of new workers.

With Amazon’s annual job fair scheduled to begin Sept. 15, Jassy hopes now is a good time for recruiting. “There are so many jobs during the pandemic that have been displaced or have been altered, and there are so many people who are thinking about different and new jobs,” said Jassy, who cited a U.S. survey from PwC that 65% of workers wanted a new gig.

“It’s part of what we think makes ‘Career Day’ so timely and so useful,” he said.

The new hiring would represent a 20% increase in Amazon’s tech and corporate workforce, which now stands at roughly 275,000 people worldwide, according to the company.

Amazon’s hiring frenzy is the company’s latest during a period of increased scrutiny of its labor standards and objections from the International Brotherhood of Teamsters. A failed attempt by some employees in Alabama to form a union earlier this year exposed Amazon’s grueling warehouse work and militant anti-union stance.

Following the struggle, Amazon CEO Jeff Bezos, whom Jassy succeeded, stated that the company needed a greater vision for its employees.

When asked how he would reform Amazon’s rigorous workplace culture, Jassy said the company’s significant focus on consumers and ingenuity made it ripe for change.

“Everybody at the company has the freedom – and really, the expectation – to critically look at how it can be better and then invent ways to make it better.”

Amazon is advertising engineering, research science, and robotics jobs, which are mostly new to the company rather than jobs that have been vacant for a while, according to the company.

Some businesses have struggled to fill vacancies and manage remote and in-person work in a recovering US economy and tightening labor market.

It’s unclear how many of the Amazon positions – such as competitive engineering hiring – have been open for a long time.

Amazon, which had previously claimed a “office-centric culture,” later scaled back its vision and, beginning next year, will allow employees to spend only three days a week in person at its headquarters.

Amazon, already the country’s second-largest private employer, plans to hire more than 500,000 people by 2020, primarily in warehouse and delivery operations. There has been a lot of movement in that area.

To keep up with increased demand from buyers who want things delivered to their homes, the corporation is investing substantially in creating more warehouses and raising wages to entice staff.

Jassy said Amazon has been “very competitive on the compensation side.” He said, “We’ve led the way in the $15 minimum wage,” and for some states on average that “really, the starting salary is $17 an hour.”

Over 40,000 of the more than 55,000 jobs announced by Jassy will be in the United States, with the rest going to India, Germany, and Japan.