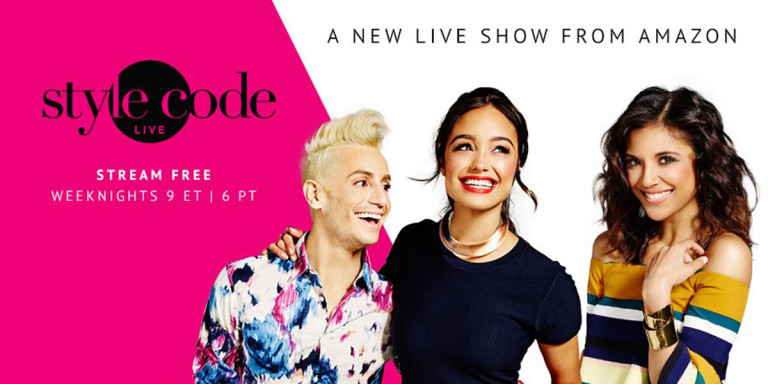 Amazon Makes Its Debut On TV; Its Live TV Show Will Let You Shop As You Watch

9 March, 2016, USA: After conquering  the online retail marketplace globally, Amazon is all set to unleash its first live TV show called ‘Style Code Live’ tonight. This 30 minute daily show will focus on fashion and beauty segment and will be hosted by former Miss America, an ex-Big Brother star and  MTV presenter.

Recently, the company released show’s first trailer and it looks very promising with celebrity hosts Rachel Smith, Frankie Grande and Lyndsey Rodrigues adding extra glam quotient to the show. It will feature live interviews of celebrities, reports, makeup demos and other features which will help the viewers in redefining their style statement.

Commenting on Style Code Live, Smith said, “It’ll offer viewers something they can’t find anywhere else, aside from all of the magazines and YouTube channels dedicated to just this topic.”

Given that the show is hosted live on Amazon, the company is likely to make a significant share of all sales made during each broadcast. With this development, company really looking forward to promote its platform as the most fashionable destination to shop from.