Anger flares up over Google search result that shows Kannada as the “ugliest language in India.”

A country holds a special place and every emotion pertaining to the same can prove to be highly sensitive and at times highly inflammable. That is why it is always prudent to stay away from topics that can touch the angry nerve of a particular group. And when it comes to language, the same emotions prevail for it is the connecting link between a group, with the added weightage of legacies and historical wealth. 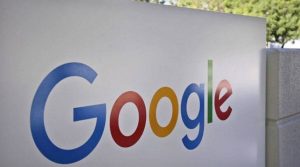 Recently, Google got into trouble when a search result showed Kannada as the “ugliest language in India.” And Kannadigas weren’t ready to let the matter pass without the apology that was due. And soon, this attracted the attention of those from the political sphere who flared up with anger at this humiliation to a language, considered precious by a lot of people. An apology was also demanded from the company by P C Mohan, BJP MP. An additional demand was also put forth to take the required action against the group responsible for this derogatory search result that managed to wound the feelings of quite a number of people for whom Kannada is their mother tongue. Because taking a jibe at a language spoken is as good as a very rude personal jibe, and this explains the chain of reactions and responses on Twitter all filled with remorse and anger at the search result.

As things got quite out of hand, Google did the wise thing and issued an apology. And, as if to stress the fact that they are really bereaved at such a misaction, the apology was also issued in the very language that took the blow because of a clearly thoughtless search result.

Here is a compilation of Tweets that reflect the anger of people over the issue.

Whoever is behind the search result must know that a language represents a group, and that group won’t say silent at such an insult. This particular incident might even be a reminder not to consider Google as the Oracle that utters only truth.

It's an insult to our language.

The language which has binding capacity to each other irrespective of socioeconomic status.

You're blatantly insulting us!

No language is ugly. There are so many results on this. Kindly remove them ASAP! pic.twitter.com/WENFVWlJFU

The article which is responsible for this is not even present!

Even though this is trivial, it is very scary because people rely on Google for answers.

Show me a beautiful and better language than #Kannada i will wait 😇#KannadaQueenOfAllLanguages pic.twitter.com/muPkrn9Ik2

Home to the great Vijayanagara Empire, #Kannada language has a rich heritage, a glorious legacy and a unique culture. One of the world’s oldest languages Kannada had great scholars who wrote epics much before Geoffrey Chaucer was born in the 14th century. Apologise @GoogleIndia. pic.twitter.com/Xie927D0mf

Totally disturbing, the love Kannadigas has towards their land and language it hurts a lot, the whole South Indians should support #Kannada pic.twitter.com/hho9jN98pW

#Kannada is not just a language. It’s an emotion for #Kannadigas!

With more than 2500 Yrs of history, Namma Kannada has reached all the seven continents of the world!

Kannada is known for it's rich heritage and culture. It is one of the oldest languages.

Much needed change and apology by Google

A language spoken by over 56.9 million people worldwide, can't be called the ugliest language in India. #Karnataka #Kannada #Google pic.twitter.com/LIVX3jtUiq

#Kannada
Every one have to know about kannada💪#It's a beautiful language.
KANNADA is the third oldest language of India. (After sanskrith & Tamil)
KANNADA is as #old as 3500 years.
KANNADA is 99.99% perfect – logically and
scientifically
KANNADIGAS#KINGOFHEARTSARAVINDKP pic.twitter.com/q1w4pvlSwa

Will a donkey know the smell of camphor ?

What does Google know about Indian languages

#Kannada #KannadaQueenOfAllLanguages
Disrespecting a language can lead to a war even ! We Tamils knwo the pain and full support to Kannada bros and sisters; shame on Google pic.twitter.com/ACZ6ABiodd

And finally, with the echoes of anger at hurt sentiments, deafening the social media walls, Google finally issued an apology.