Do Kwon’s worries prolong as a Hacktivist group puts a video out.

In the market crash, Terra’s USD and its sister token Luna were the most impacted ones and actually played an important role in the crash of the market. Since then, Do Kwon has been facing a lot of issues and back lash from government of South Korea, from regulatory bodies across the world and many more authorities for fraudulent activities such as money laundering.

Do Kwon’s vows got prolonged as one of the hacktivist group called by the name “Anonymous” put out a video. In the video allegedly made by the hacker collective Anonymous, a laundry list of Kwon’s alleged wrongdoings was repeated, including his withdrawal of $80 million per month from UST and LUNA prior to the latter’s collapse and his involvement in the demise of the stable coin Basis Cash, which he is accused of having co-founded in late 2020 under the alias “Rick Sanchez.”

More details about Do Kwon from the video.

The hacker group went on to announce that Do Kwon was being put under scrutiny from the time he entered the cryptocurrency market, and will be exposed in front of the world for all the wrong doings he has done. They went on to quote, “There is no doubt that there are many more crimes to be discovered in your trail of destruction.”

The hacker group went on to disclose about how Do Kwon used his arrogant tactics to troll competitors and critics and acted as if he was unstoppable and unbeatable.

Reactions from the crypto community.

The crypto community was divided into two parts on the release and accusations against Do Kwon.  The community on Twitter and the comments section on the YouTube video both seemed to encourage the hacker group’s intention to pursue Kwon, with one poster referring to Anonymous as “today’s Robin Hood.”

In contrast, on the r/CryptoCurrency subreddit, commenters criticized the hacker group for issuing a hollow threat against Kwon and giving no new information to the public, which made the video message more skeptical.

The collapse of Terra instigated the bad time for Do Kwon. 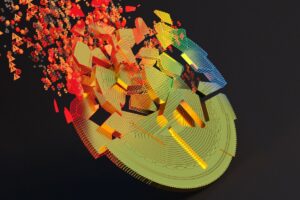 Do Kwon was one among the popular names in the crypto sphere. When the crypto market crashed and the Terra USD and Luna crashed, Do Kwon was left with no place to hide. Do Kwon’s actions were put under scrutiny and the investors lost faith from the company. The worries continue to increase for the founder of Terraform Labs as the day passes by.