An Apple employee alleged that she was under fear of termination as a result of a TikTok video she posted.

In a recent video posted to the site, Paris Campbell, also known by the handle @stopitparis, called out Apple and discussed how, after six years as a repair technician, the firm might be firing her because she made a video exposing con artists.

She declared, “I work for Apple, and this is a message to Apple. I’m currently holding out hope that I won’t get let go for a video I released three days ago. 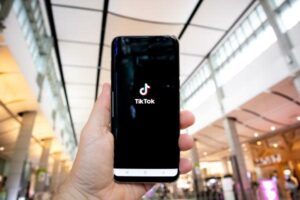 In her first video, which has received over 7.1 million views, Campbell addressed Stella, a woman who had lost her phone and was getting messages from someone in China saying that it had been “jailbroken.”

Stella had been warned by the con artist that if she didn’t delete her iPhone from her Apple ID, her information will be sold on the black market. Campbell, on the other hand, advised her against getting rid of that iPhone and said that Stella was only getting calls because the phone couldn’t be sold because it couldn’t be unlocked without the proper Apple ID or password.

She claimed that everything she told Stella was “already public knowledge” in her video submission to Apple and that she “breached [any] type of confidentiality whatsoever.” She also emphasised that all she had done was create a film that had an impact on viewers.

She asserted that despite this, Apple continued to tell her that she had broken “company policy” since she had publicly identified herself as an employee. She continued by adding that, in accordance with Apple’s regulations, she was not prohibited from revealing her employment status.

Funny thing is, she added, “there is no mention of that specifically after reviewing the social media policies. Nowhere does it state that I cannot publicly identify myself as an Apple employee, only that I shouldn’t do so in a way that it makes the company looks bad. She also emphasised how the purpose of her anti-scam movie was to “reinforce the public’s faith in Apple security” rather than “making the firm appear terrible.”

Later, Campbell became more “technical” and discussed how, prior to submitting her video to Apple, she had never clearly said that she worked for the firm.

She began by saying, “I’ve never actually identified myself as an Apple employee until this video,” before outlining why she wants to stay on as an employee of the business and how she has been a “great employee.”

The TikTok user then spoke about a conversation she had with her manager, who informed her that making videos wasn’t her responsibility.