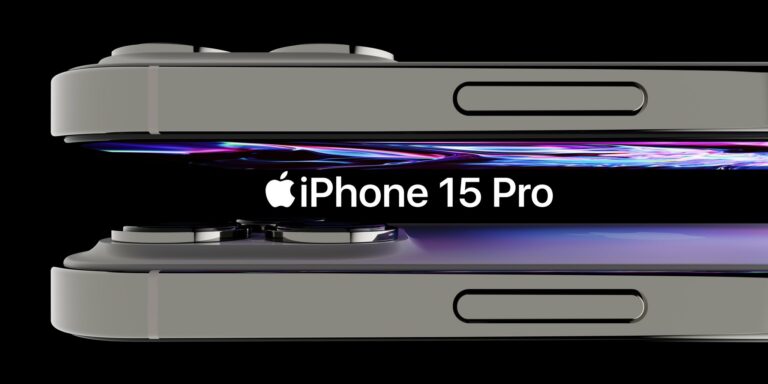 Some new technologies will be introduced in 2023 and released in the following year. We already have information about expected flagships like the Samsung Galaxy S23 series, which will go on sale on February 1. However, if you’ve been wondering when the next Apple iPhone 15 series would be released, you may have to wait until September of this year. However, there have been recent rumors concerning these devices that suggest the next Apple iPhone 15 Pro may have reduced bezels and a curved-edged screen.

As previously mentioned, the next Apple iPhone 15 Pro will have curved edges and a thinner bezel. If you’ve been wondering what it would look like in person, read on. Check out the Apple Watch, which has a fairly like design. Speaking more specifically about the Apple iPhone 15 Pro leak, it has been said that all models in the iPhone 15 series would enable Dynamic Island models in addition to having a future smartphone with thinner bezels. The next Apple iPhone 15 series’ display will have the same flattened dress, albeit it has been reported that you will be able to see the curved edges.

Other leaks for Apple iPhone 15 Pro

According to this leak, the future Apple iPhone 15 Pro will have a glossy design on the back and a metal railing on the sides. This will undoubtedly give the smartphone a very high-end appearance. This smartphone’s performance will also significantly increase, and the new Apple A17 Bionic chipset will make this feasible.

Speaking more specifically about the A17 Bionic chipset, it has been stated that TSMC would be using its new 3NM manufacturing process to build this new chipset. Then there are leaks related to the camera side. On the back, a larger 48MP primary camera sensor will be seen, which will be quite similar to 48MP camera sensors that were previously included in Apple iPhone 14 Pro versions.

Once more, a telephoto sensor will be used in conjunction with an ultrawide angle sensor. But the telephoto sensor may be enhanced to offer superior zooming capabilities. The smartphone will come with a newly created and effective processor that will be offering superior battery backup, however, if we shift the battery side and charging side, here too, we could observe a little boost in the battery capacity.

Speaking of cost, it has been reported that the future Apple iPhone 15 Pro will see a price increase. As a result, there is a minor possibility that you may end up paying somewhat more than you would have for the Apple iPhone 14 Pro.