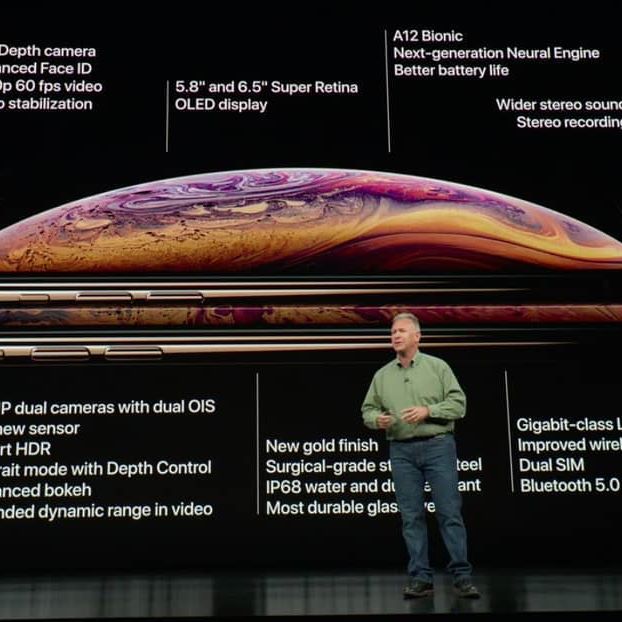 The smartphones are almost bezel-less on sides and bottom.

The smartphones are made up of Stainless Steel and Glass. The company claims that iPhone XS has the most durable glass found in a phone.

iPhone XS has 5.8 inch OLED display. Apple said that they have used Super Retina display on this smartphone. The resolution of the display is 2436×1125 pixels. It has 2.7 million pixels. The pixel density of the smartphone is 458 ppi. 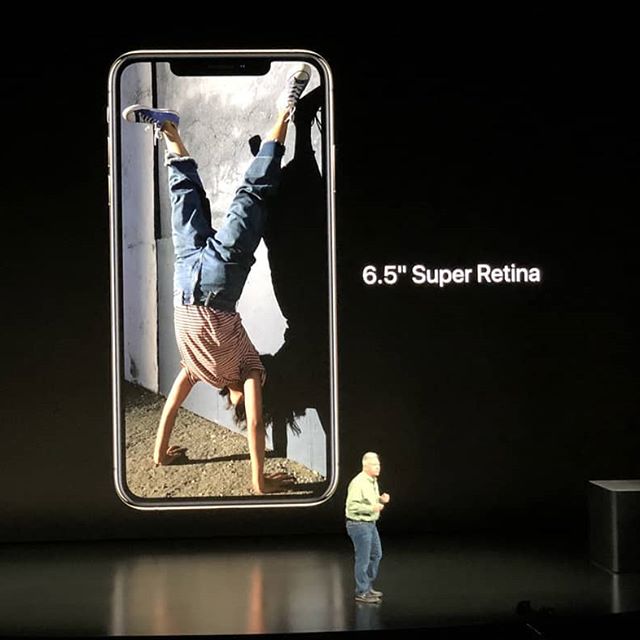 iPhone XS Max 6.5 inch Super Retina OLED display. The resolution of the display is 2688×1242 pixels. It has 3.3 million pixels. The pixel density of the smartphone is 458 ppi.

The chip has six cores. The A12 chip has an all-new Neural Network. The company claimed that the chip can perform 5 trillion operations per second. The chip also has real-time machine learning features.

The smartphone has a four-core GPU that is up to 50 percent faster, powerful Apple-designed Image Signal Processor (ISP), video encoder and more.

An Improved True Tone Flash is present on rear side.

Both smartphones have two camera on front side – a 7 MP RGB camera and an IR camera. The 7 MP RGB camera has f/2.2 aperture. The company has improved the sensor and claims that it is faster that previous models.

The IR camera will be used for depth sensing for portrait mode (on front camera) and Face Unlock.

Both smartphones can record stereo sound with the help of four microphone system.

This time Apple has introduced a 512 GB internal storage variant of iPhone. The smartphones will be available in three storage variants – 64 GB, 256 GB, 512 GB.

The company claimed that the iPhone XS features a half an hour extra battery backup than the iPhone X.

And the iPhone XS Max features an hour and a half more battery than iPhone X.

iPhone XS and XS Max will feature Dual SIM Dual Standby with one physical and one e-SIM on the phones. However, Apple will make special models for China which will have two physical sims slot. (eSIM is not supported in China).

In India, the eSIM tech will work with Jio and Airtel.

Both iPhones have wider stereo sound, which will give a good surrounding sound experience to users.

The smartphones are IP 68 certified, which is an upgrade over previous models.

Both smartphones will support HDR10 and Dolby Vision.

Both smartphones will come with iOS 12. 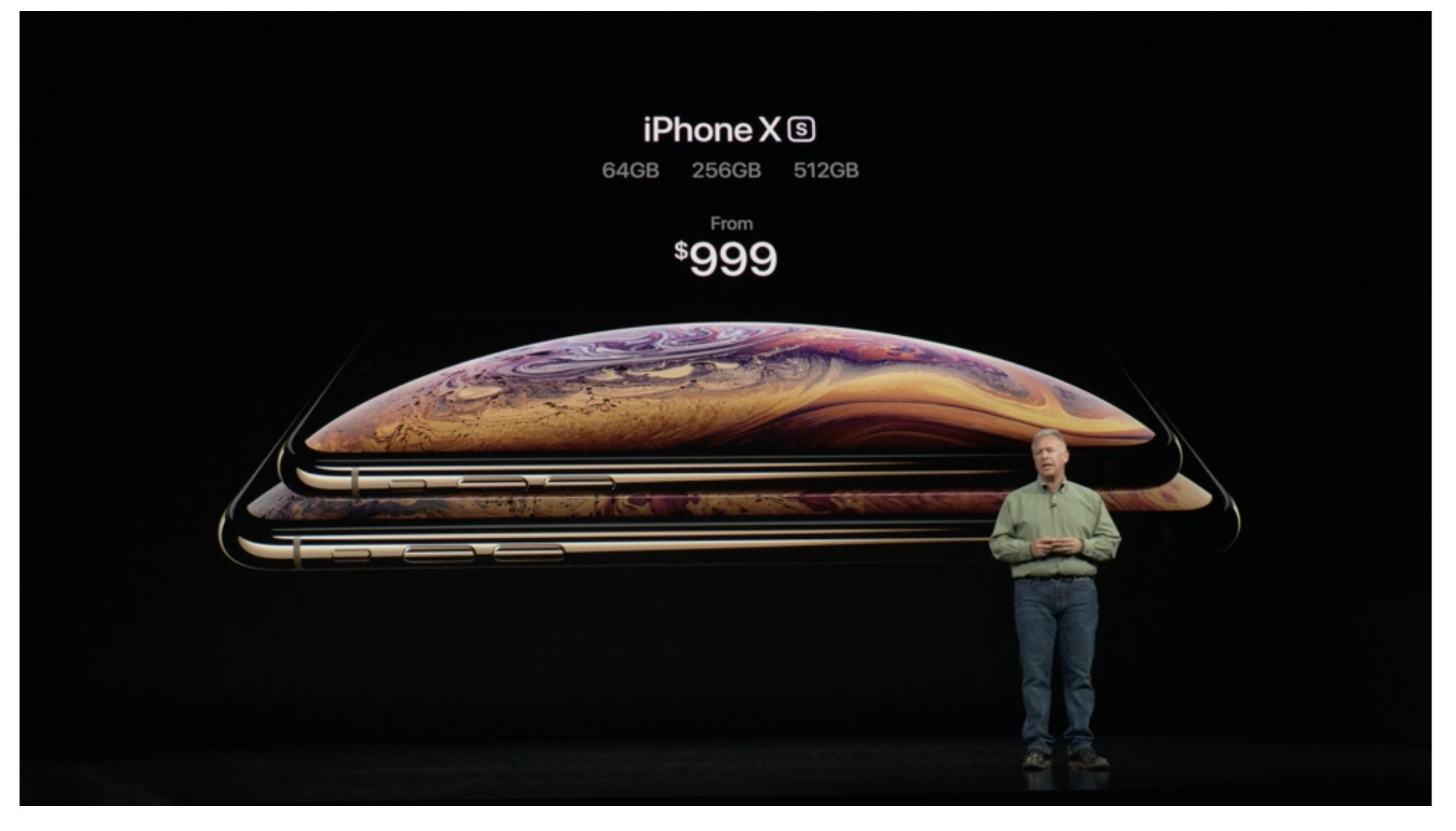 You can pre-order iPhone XS and iPhone Max from September 14.