Just like owning an Apple product is considered a style statement, working at Apple Inc. is considered equally (or even more) prestigious. The company has long had a history of being the ideal work destination for many people. In fact, just until a while ago, once you entered the company, what went on inside the buildings at Silicon Valley remained largely unknown to the outside world.

Not anymore though, as more and more Apple employees are taking to social media platforms (Twitter, especially) to express their workspace concerns and issues.

It all began when Antonio García Martínez, famed for having written a book that almost everyone would deem misogynistic, walked into into Apple Inc. and became a part of it. Ever since then, many female employees are voicing their opinions, saying that hiring García Martínez doesn’t add up to Apple’s prim and perfect market image. 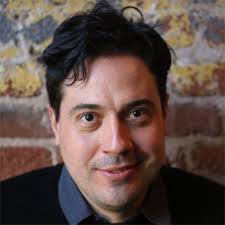 Cher Scarlett, Engineer at Apple, has said that even though she doesn’t approve of Antonio García Martínez’s hiring by the firm, she believes that the strong culture and community that the employees at Apple share, will be able to “weather this”.

Following this, a group of workers called for an official investigation into the move citing “unsafe working environments”. The letter penned by them became immensely popular following a leak to media outlets, leading to Antonio García Martínez being fired.

No Response? Leak the Letter

It seems like the employees have taken to leaking information about internal affairs to news outlets, to get the firm to respond. This was once again exemplified when a letter by Apple’s Muslim employees, demanding support to Palestine, was leaked, following to action from the company.

In fact, there seems to be taking place a slow but sure cultural reset at Apple, with employees now saying that whole the company’s secretive attitude “works grreat” when it comes to protecting customer data and product information, the same also ends up hampering diversity and inclusion.