Apple’s increasing loyalty among customers, indicates Q2 sales in the US Apple's iPhones sales increased against Android, accounted for 50% of all new smartphones activations in Q2 2021 in United States. 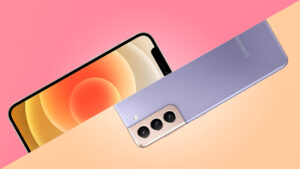 A report from CIRP yesterday showed that Apple and Android manufacturers are reaching parity in terms of new smartphones sold in the US market. The second quarter of the year 2021 reports suggest that both Android and IOS devices accounted for 50% sales respectively, of all the total smartphones bought.

“CIRP estimates for customers that acquired a new phone in the year ending this quarter, Google Android and Apple iOS each had 50% of the new activations,” the analysts say.

Mike Levin, the CIRP co-founder, explained that this largely comes down to loyalty and switching, two areas where iOS has dominated Android over recent years:

“Loyalty and switching help explain some of the change in share of new phone activations, with iOS gaining loyalty in a market with minimal switching. In the most recent quarter, Apple had an edge in loyalty, with 93% of prior iPhone owners upgrading to a new iPhone, compared to 88% of Android owners staying with Android. Over several years, iOS gained about five percentage points in loyalty, while Android remained flat. This allowed Apple to steadily increase the iOS share of new smartphone activations.”

The chart below breaks down the share of new smartphone activations between Android and iOS for the June quarter over the last 5 years.

Apple is focusing on building loyalty for a long time. It is one of the fundamental values of the company, says Tim Cook. This year iPhone 6s has got the longest software support for any phone ever released. iPhone 6s got an update to IoS 15 which makes it the seventh update for the smartphone launched in 2013 which is unprecedented. This shows Apple’s sincerity towards its customers.