Netflix has revealed the Arcane, The League Of Legends Trailer and there is a lot to catch up on about the animated series Arcane, which is scheduled to be released later this year on Netflix. The announcement was made at Netflix’s global TUDUM event. League Of Legends developer Riot Games has released a brand new teaser trailer. Riot Games and Netflix have revealed that the first three episodes focused on the beginning of the sister of Jinx Vi will debut at 7 pm PT / 10 pm ET on November 6.

Arcane, The League Of Legends is her first animated series of the kind featuring multiple characters from games such as League of Legends and Legends of Runeterra, a series that is sure to delight fans in the coming days. The trailer gave a glimpse of fan favorites Jayce, Viktor, and Caitlyn who will play a big part in the story and the show give the look inside their journey of becoming champions. It is clear to fans that Arcane will not stick to sibling rivalries such as the story of champion Jinx VI, in which other mysterious characters appeared.

The series not only reveals the backstories of popular characters but introduces new characters that may not be known by fans of League of Legends champions like Vander and Silco, two citizens of Zaun. Gamers will see be seeing a lot of familiar faces from Arcane such as Caitlyn, Jinx, Jayce, and Vi, and there will be a lot to learn about the stories and events that made them the League of Legends champions.

Arcane will take place in Piltover and Zaun, two locations that are known to fans of the League of Legends franchise, and tell the genesis of Vi and Jinx as teased in an impressive official trailer. The series, which focuses on the relationship between the Jinx and Vi sisters, will explore the back story of numerous league characters that Riot says will be a standalone series that will create more games for fans.

The latest look at Arcane, the League of Legends-inspired animated series, was unveiled ahead of its November release on Netflix, with more episodes to be released in the coming weeks. Arcane is their first multi-character animated series from games such as League, Legends, and Legends of Runeterra. It has been announced by Riot Games and Netflix for 2019 with a release confirmed for early 2021. The latest news on the animated series shows that it will be released in November on Netflix this year, with more episodes slated for release in the coming weeks.

Netflix later revealed eight different posters which confirmed several big names for the series. The first act, which contains episode one of Arcane will be released on November 6 at 7 pm PST on Netflix. Arcane, the first television series from the Riot Games based on League of Legends, premiered on Saturday, November 7 at 2 am BST in China and an hour later in 2021 on Netflix, just before League of Legends’final day.

The full trailer for Arcane, the animated series based on the League of Legends universe, promises to be more than just Jinx’s genesis. Arcane, revealed for the first time before the game’s 10th anniversary, allows us to explore the lives of two of the game’s most iconic players: Jinx and Vi, two sisters who have always had complicated relationships due to their different goals and goals. An entire Netflix series based around the game will explore the personal stories of some of the game’s champions, including much of Vi and Jinx.

Christian “Alex” Yee has been part of Riot since its formation more than 10 years ago. This has allowed him to develop the creative development of many champions and content on League of Legends, retaining Arcane a work connected to the Riot community, and trying to learn from the canon of the League of Legends.

The creators of Riot Games produced Arcane with the animation company Fortiche Productions for the original story. Fortiche has previously worked on the Rocket Groot miniseries for Marvel 2017 and the animated trailer Get the Jinx 2013, which featured one of the two arcane protagonists. 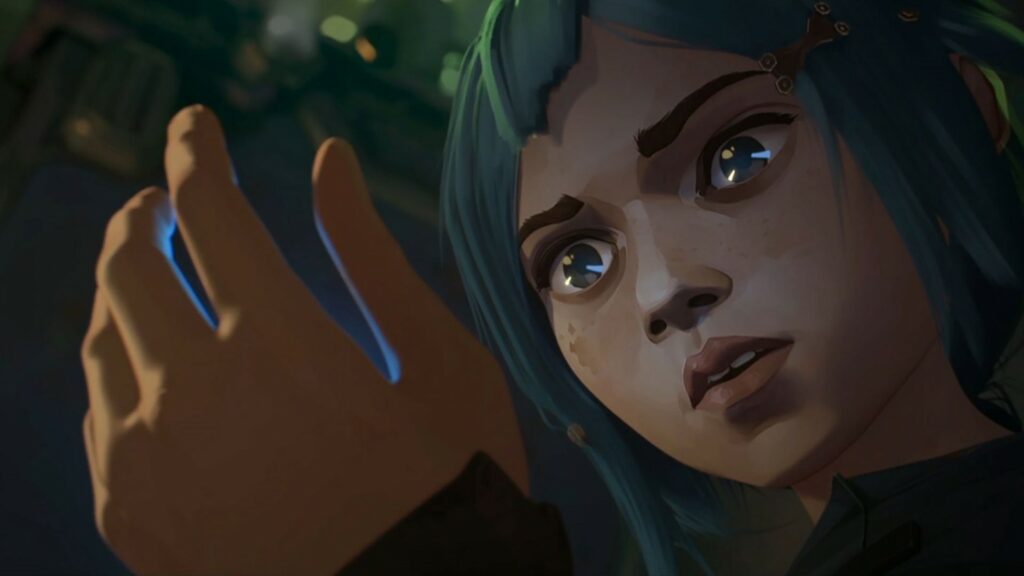 Arcane will continue to follows the origins of two of the league’s most iconic champions and the forces that tore them apart, based in the utopian region of Piltover and the repressed underground of Zaun. The series will cover the genesis of many of the iconic champions from the twin cities of Pil tover and Zaun with a particular focus on sisters Vi and Jinx. While the show will tell the back story of many of the characters from Piltovers and Bridle, the focus will be on their sibling relationship, something hinted at but not confirmed since Jinx’s introduction to League of Legends in 2013.

The long-awaited trailer for Riot Games’ animated League of Legends Series Arcane finally has given us an understanding of the show premise, informing the delicate balance between the wealthy city of Piltover and the shady underbelly of Fence, while the actual story is vague but curious enough to get us to look more into it. The trailer showed a great first look inside the animation and the voice of the characters and the whole vibe of Arcane. We hope to find out more as we get closer to its release.