Securities and Exchange Commission gets path to rein in Stablecoins

In a fight between US authorities over how to monitor stablecoins, Wall Street’s top watchdog won concessions, paving the way for the Securities and Exchange Commission to crack down on the $131 billion industry.

According to persons familiar with the situation, the Treasury Department and other agencies will indicate in a highly anticipated report due out this week that the SEC has major control over coins like Tether. 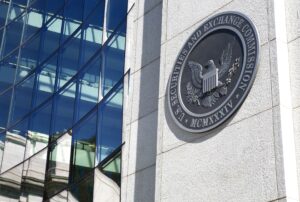 According to one of the sources who asked not to be identified because the conversations are secret, the report will also urge Congress to approve legislation requiring coins to be regulated similarly to bank deposits.

After its chair, Gary Gensler pressed for revisions behind closed doors, the people said, language was inserted to underscore the SEC’s powers. The recommendations may strengthen the SEC’s capacity to pursue cryptocurrency enforcement actions and policies.

Even as it waits for longer-term plans to be realized, the adjustments he requested make clear that the government would take an active role in regulating stablecoins. Gensler’s effective lobbying is likely to be terrible news for industry leaders, who already believe his agency has gone too far.

Early draughts of the study called on politicians to establish laws creating a new form of bank charter for companies that produce stablecoins, among other things. According to the people, Gensler has pushed to clarify the SEC’s current authority to monitor tokens when they’re used in financial transactions in recent weeks. In a divided Congress, any bill faces long odds and might take years to pass.

The role of the Commodity Futures Trading Commission in overseeing stablecoins will be reaffirmed in the study. The SEC, the CFTC, and the Treasury all declined to comment on the story.

Following the sector’s fast rise, financial regulators are becoming increasingly concerned about the risks tokens bring to the financial system. According to CoinMarketCap.com, Tether’s market value has increased to approximately $70 billion from $21 billion at the end of 2020. The second-largest coin, the USD Coin, grew to $32.6 billion from $3.9 billion last year.

In the cryptocurrency market, stablecoins are quite important. Their value is linked to other assets, like as the US dollar, and corporations are required to retain reserves to ensure that investors may swap tokens for ordinary currency.

Authorities are already retaliating. Tether reached an agreement with the New York Attorney General in February to address claims that it lied about the reserves underpinning the token. Tether was fined $41 million by the Commodity Futures Trading Commission earlier this month for identical charges.

The President’s Working Group on Financial Markets is preparing a report with the purpose of ensuring that coins do not pose a threat to the economy, and it wants to define how the Biden administration would regulate the sector across multiple agencies that are likely to have a role.

The group is also expected to propose that the Financial Stability Oversight Council, another regulatory body, do a formal assessment of whether tokens constitute a systemic risk.

Many stablecoins, which sometimes invest in corporate bonds and other assets, resemble money-market mutual funds, according to Gensler, and could fall under his jurisdiction. The Securities and Exchange Commission (SEC) is looking into various tokens, including one created by Coinbase Global Inc. and Circle Internet Financial Inc.

Executives from stablecoin companies such as Circle and Paxos Trust Co. have stated that they prefer bank-style regulation. One of the things that regulators are most concerned about is an uncontrolled spike in public adoption of stablecoins, which might happen if a technology behemoth like Facebook Inc. distributes a token. Facebook’s plan to support a future coin, currently known as Diem, has yet to materialize.

Also read: Reddit plans to become the biggest creator economy on the internet