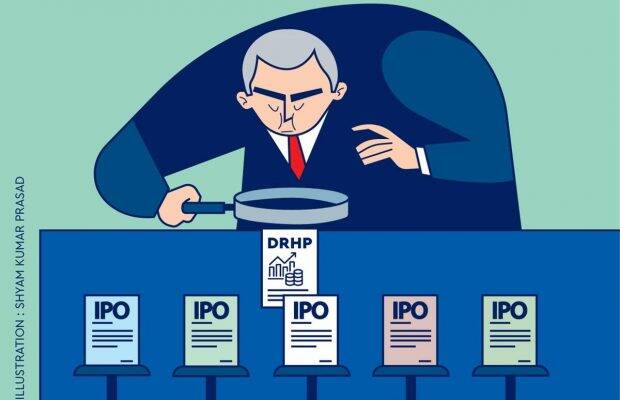 After years of disappointment, the U.S. IPO market has been recording a strong comeback. Traditional initial public offerings raised more money than ever before in 2021, as early investors tried to cash in on sky-high valuations.

This year, a record nearly 400 traditional IPOs and an additional 600 special-purpose acquisition companies (SPACs) are listed on the markets. Total deal value for traditional IPOs clocked in at $153.5B while SPACs fetched $162.3B, both record highs.

Here are the IPOs on the horizon in 2022 — and how likely they are to happen.

The social media company confidentially submitted a draft registration with the SEC in December. The momentum is clear: While Reddit users turned Wall Street topsy-turvy by trading up meme stocks, Reddit the company rode the attention to ever-higher private valuations in two rounds of funding in February and August.

CEO Steve Huffman has said he plans on investing to expand to new markets and make product enhancements, like better video capabilities, to compete with TikTok. When it goes public, Reddit is expected to seek a valuation of more than $15 billion. Estimated IPO valuation in 2022: more than $15 billion. Reddit is the home of infamous communities like the subreddit r/WallStreetBets, which popularized hard-to-love stocks like AMC and GameStop.

While Databricks CEO Ali Ghodsi has reportedly said the company is “going public six months at a time,” it does seem logical that the journey will end next year. San Francisco-based Databricks hit a post-money valuation of $38 billion after raising a $1.6 billion Series H led by Morgan Stanley’s Counterpoint Global in August. Which came just seven months after the company raised $1 billion at a $28 billion valuation.

Big Data is a term that refers to a large Artificial intelligence (AI) is a term that refers Analytics. When you combine those three buzzwords with capital from companies like BlackRock Inc. (BLK) and T. Rowe Price Group Inc. (TROP), among others, you’ve got yourself a hot startup. Databricks raised $1.6 billion in an August investment round, valuing the company at $38 billion post-money.

Originally a 2021 IPO contender, Instacart pushed off its IPO plans until mid-2022 as it faced an executive shake-up and increased competition from delivery rivals, The Information reported.

The company is expected to record revenue increasing to $1.65 billion by 2021, up 10% from 2020, according to the Information. It was last valued at $39 billion after raising $265 million in March. The company has been synonymous with grocery delivery, but now other delivery services, from Uber to DoorDash, are making deeper inroads on delivery outside of dinner. The nearly 10-year-old startup became a pandemic staple for its grocery delivery business. It’s expanded to more retailers beyond food, including brands like the Container Store, Dollar Tree, and Michael’s.

That includes San-Francisco-based Stripe —probably the most anticipated fintech listing for 2022. And though John told CNBC in August that Stripe is “very happy as a private company,” the PayPal competitor was reportedly talking to investment banks in September about a market debut this year that could push the fintech firm past a $100 billion valuation. If founders decide to take the plunge, Stripe would easily become one of the largest IPOs to hit the market.

San Francisco-based digital bank Chime, with 14 million customers, was founded in 2013 by CEO Chris Britt and CTO Ryan King. It last raised a $750 million funding in August 2021 led by Sequoia Capital Global Equities, a clear signal of its intent to go public. The funding valued the company north of $25 billion. Other participants include the SoftBank Vision Fund, and prior investors Tiger Global Management, General Atlantic, and Dragoneer Investment Group.

Chime is an online banking service that offers checking accounts sans monthly or overdraft fees. The neobank also doesn’t require a minimum balance and markets itself as a consumer-friendly banking alternative. It got in trouble with California for calling itself a “bank” technically. It just provides a front end to accounts held at Bancorp Bank and Stride Bank.

Redwood City, California-based Impossible Foods unveiled its meatless burger that “bleeds” in 2016 following its 2011 founding, and the sky has been the limit from there. The company has since raised more than $2 billion in venture capital. Its product has become a common substitute for beef in restaurant burgers across the country.

Founder and CEO Pat Brown said in November an IPO was “inevitable” for the vegan-friendly food company, but he stopped short of giving a clear timeline. Reports indicate Impossible, which has raised about $1.5 billion since its founding in 2011, is eyeing a $10 billion valuation Even partnering with fast-food chain Burger King to create a meatless version of its signature offering, the Whopper. Just as onlookers wondered what was next for the startup, founder and CEO Pat Brown said last month he intends to go public sooner rather than later—he just hasn’t set a date yet.

The scooter company faced a “near-death experience” during the pandemic, but has been on the rebound since. After raising over $523 million in debt financing in November, Lime CEO Wayne Ting saw it as a sign of investor interest in micro-mobility startups. Lime has been “adjusted EBITDA-profitable” for two quarters. Which is startup-speak for not profitable but in a better financial position than it used to be.

The pandemic temporarily dropped Lime’s worth by roughly 80%, to $510 million in May 2020. Its valuation when it goes public will undoubtedly be multiples of that panic-driven estimate. Uber has an option to purchase Lime for an unknown sum between 2022 and 2024. Potential IPO valuation in 2022: $1 billion to $4 billion.

iFit Health & Fitness, a connected fitness startup, was set to go public in October before canceling the transaction at the last minute. Citing market conditions, the workout equipment firm that competes with Peloton Interactive Inc. (PTON) and Nautilus Inc. (NLS) is now expected to be one of the top incoming IPOs in 2022.

The previous year was objectively terrible for connected fitness startups like Peloton and Nautilus. They had to deal with both company-specific challenges and a general decline in demand for home training equipment as the pandemic-fueled buying surge faded. The sale of these peer firms was most likely a factor in iFit’s decision to postpone its first public offering. A more accurate valuation is difficult to determine, but a 2020 investment round allegedly valued the business at $7 billion, so it will be an interesting IPO to follow in any case. Potential IPO valuation in 2022: $4 billion to $10 billion.

Boston-based cybersecurity company Cybereason has a couple of big things going for it that indicate next year could be the year. First, it plays in the extended detection and response (XDR) space. Which has become quite popular this year as companies scramble to secure endpoints. The network as employees working from home has expanded the attack surface.