Is Augmented The New Reality In Gaming ? 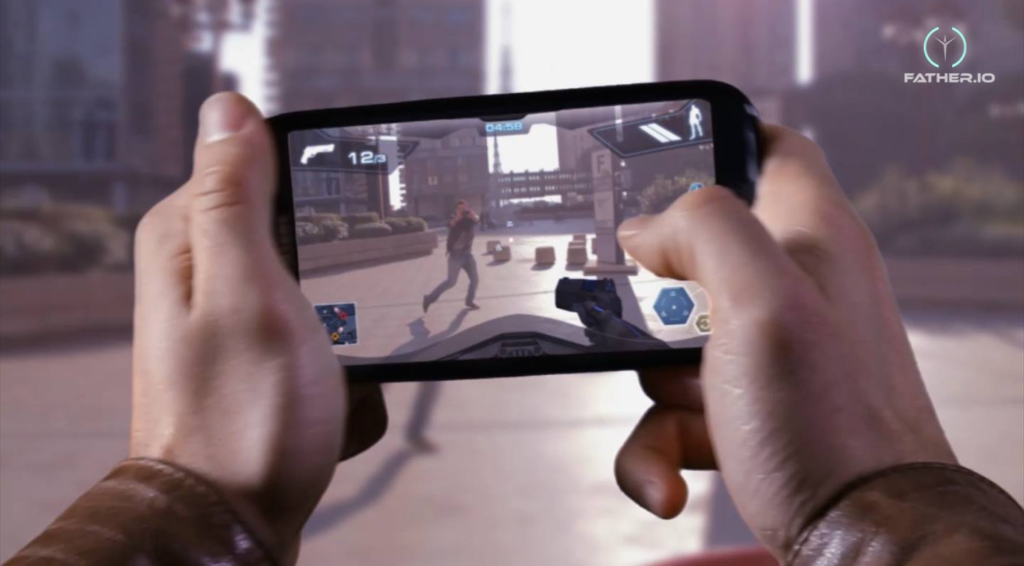 Augmented reality (AR) is a live direct or indirect view of a physical, real-world environment whose elements are augmented (or supplemented) by computer-generated sensory input such as sound, video, graphics or GPS data. It is related to a more general concept called mediated reality, in which a view of reality is modified (possibly even diminished rather than augmented) by a computer. As a result, the technology functions by enhancing one’s current perception of reality.

By contrast, virtual reality replaces the real world with a simulated one. Augmentation is conventionally in real-time and in semantic context with environmental elements, such as sports scores on TV during a match. With the help of advanced AR technology (e.g. adding computer vision and object recognition) the information about the surrounding real world of the user becomes interactive and digitally manipulable.

Information about the environment and its objects is overlaid on the real world. This information can be virtual or real, e.g. seeing other real sensed or measured information such as electromagnetic radio waves overlaid in exact alignment with where they actually are in space.

Related Read: Augmented Reality Startups in India – An insight into some “fundoo” Products!!

With this technology there are a lot of other industries growing and making revolutions using this. One of the biggest gainer out of this technology is the gaming industry. First person shooters become a lot more personal and ‘realistic’ using the augmented reality effects. So it is becoming more and more used by the gaming industry to provide that ‘edge of reality’ along with their superior graphics and story telling.

One such game is father.io which is quite interesting to know about. What if you can play a game that uses real time position and uses it to mark enemies and then attack then using this knowledge. Sounds like a real black ops mission? That is what this game all about.

You enter a team as either terrorists or counter terrorists and you can split or follow your team based in your position and utilise the data of position and power of the enemies around you to formulate the attack and take over the victory.( If you’re good enough of course).

But the best part of all this is, you can move (run around) in real life placed around you. Take your house and add a few more houses as your boundary and you can set up everything from guerilla attacks to Sniper attacks from the roof or tree nearby. If you don’t like that much ‘outside exposure’ then you can also just be the command centre and help your troops achieve success by capturing or killing the opponents. you think I am lying take a look about it yourself.

Sounds and looks incredibly good? The attachments are even more tempting for an occasional Gamer like me. I can only imagine what a hard-core Gamer would want to do with all of that equipment. But there are always concerns from psychologists and general public as to how this will affect the minds of the people who are going to play it. We all know what Pokemon go did to people who played it.

Related Read: Pokémon Go – The Concept, The Craze And Its Effects On Company’s Share Price !

There were people on the streets getting hit by trucks and people finding dead bodies around their new Pokemon. Even law and order got into trouble as people started going into police stations and hospitals looking for Pokemon rather than using it for emergency it’s intended function.

What else can this do to us?

The gun culture is already at its peak in developed countries and it is on the verge of rise in countries like India where the regulation is only keeping the issued at bay. But it’s only a matter of time when carrying a gun could become legal as long you have a license for it.

Games like these, (though remote chances for it), could increase the marksmanship and tactical ability of regular people. Though it is good in one way of having a reliable self security, it becomes a nuisance or even dangerous when you can freely start shooting shots nearby and say you didn’t know it was loaded and playing a game.

In another way these games are good such that it will get people out of their houses and make them normal from the ‘interior zombies’ that they have become. It will give them a physical activity other than getting up and going to the rest room. At least for the sake of succeeding in the game people may get into shape. So it is a good news for people’s fitness as well.

Lets see how fans of Call of Duty and Counter Strike react to it.