Aurora is a high-tech company making autonomous software for vehicles. Preparing to be listed publicly, the company is set to modify high-tech Toyota minivans for a commercial robotaxi service. The pilot program groundwork started and it planned to be launched by 2024 in alliance with Toyota and Uber. It will be initially launched in the US. 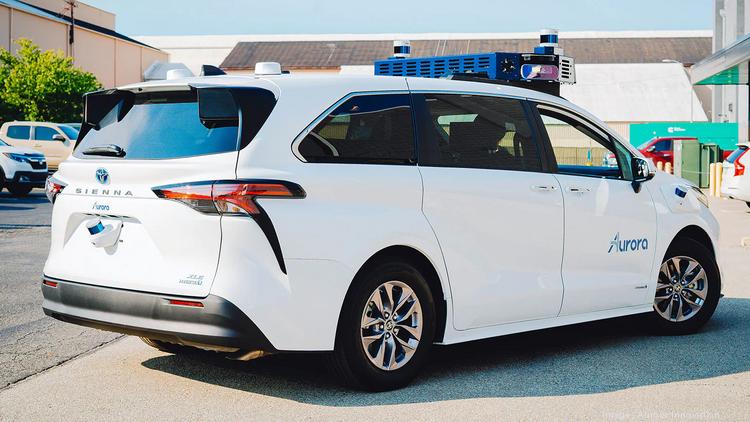 These Toyota minivans are Toyota S-AM vans abbreviated as “Autono-MaaS”. Furthermore, the six-month pilot program will be operating in cities like Pittsburgh, Dallas, and San Francisco Bay Area. These areas will be used to refine the software developments and the sensor advancement as they progress.

Initially, during the test phase, a dozen of hybrid electric minivans will be used. These minivans have arrived after seven months of the announcement of their collaboration with Toyota, which is also an investor in Aurora. Also, Aurora stated in a blog post, “We’re combining the deep experience of Toyota’s engineering and research teams without expertise in safely developing a robust autonomous system to create a comfortable, convenient and safe ride experience. Now We’re integrating our driver with Toyota’s first S-AM vehicles, fresh off of their production line.”

Catching up with rivals

Aurora’s rivals like Waymo and Genera Motors have already pushed for the initial phased. Amazon’s Zoox has also been working on turning robotaxis into commercial money-making service in the next two years. Aurora is different from its competitors by looking into minivans as potential robotaxis. Future on-demand rides for robotaxis are expected to increase as the driver assistance system like Tesla’s FSD is currently being available to the public. A positive response with partial mixed responses upon experiencing autonomous vehicles shows that people are getting warmed up for the future too.

Currently, Waymo operates many Pacifica Hybrid minivans in suburban Phoenix. Cruise is another autonomous software that was initially unveiled in 2020, now ready for production. Volkswagen’s ID.Buzz models are being used by Argo to launch robotaxis in Germany.

In Aurora, the minivans used are built at Toyota’s Princeton plant located in Indiana. The radar, cameras, and other equipment are installed at Toyota’s North American engineering center in Michigan. As the minivans were shifted to Aurora in its Pittsburgh facility, they are currently being equipped with driver computing and software systems. In the coming months, Aurora plans to rely on Uber data on the cities which they initially planned to launch. Services like pickup and drop-off will soon be available in some locations.