Auto-converting TRANSFORMERS toy available for preorder in the US and UK In a way we've never seen before, technology has brought a cartoon character to life with interactivity. Say "Roll out" to see Optimus transform into a truck and drive away.

Consumers may now acquire a version of Optimus Prime, the leader of the Autobot faction of Transformers, that does everything, including morph on its own from vehicle to bipedal robot, with sound effects and everything, in what may (perhaps) be the greatest engineering achievement of our lifetime. It is now available for preorder for $699 on the Hasbro Pulse website.

Robosen Robotics collaborated with Hasbro to create a high-end collectible that is more of an experience than a toy. Say “Hey Optimus,” then one of the many keywords and 27 servo motors will activate, causing the character to animate and react with the iconic booming voice of Optimus Prime from the cartoon series and movie franchise. (The toy is voiced by Peter Cullen as well.)

There’s an app that allows you to use it as a remote control to stroll or drive it around in truck mode. Owners can even create their tactics to control Optimus in bouts against the evil Megaton using the app.

In a way we’ve never seen before, technology has brought a cartoon character to life with interactivity. Say “Roll out” to see Optimus transform into a truck and drive away. He’ll start attacking with blaster sound effects if you say “Look out!” If you say “Megatron,” his fists will shake with rage as he promises to defeat his foe at any cost. 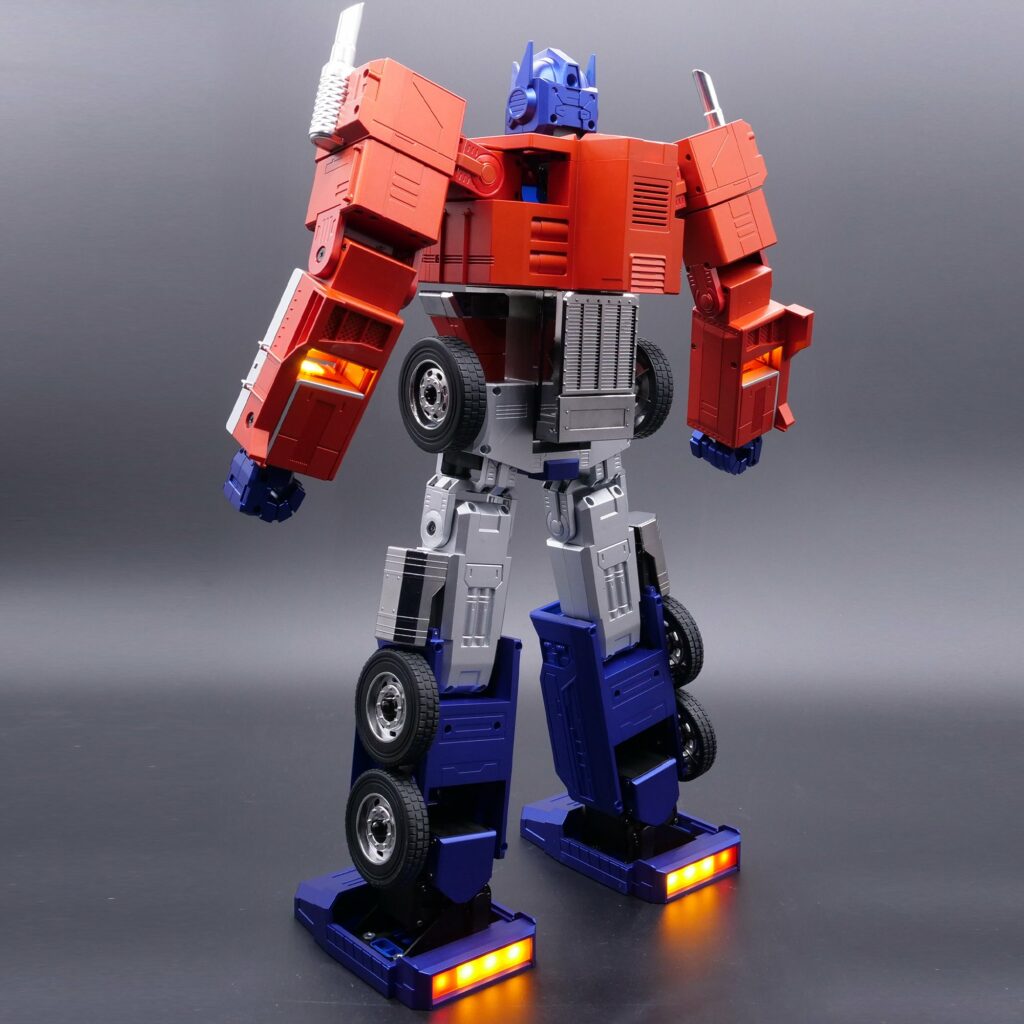 He’ll also introduce himself as your friend and wish you a very happy birthday in the most dramatic way possible. Optimus is 19 inches tall, with a modest up-and-down movement of its chest and arms as it waits, waiting for your instruction.

There are a total of 80 sound effects, including the “conversion” sounds. Two microphones quickly pick up your vocal orders, and he can respond to up to 25 different phrases, thanks to 5,000 components and 60 microchips that allow him to punch, blast, drive, and convert with ease.
The full name of this masterpiece is Transformers Optimus Prime Auto-Converting Programmable Advanced Robot — Collector’s Edition.