“Fiscal year 2021 for Avaya was a year marked by many firsts, and the outstanding results we delivered exceeded expectations on most every front. Most impressive is the fact that we reversed over a decade of annual revenue declines, delivering year over year growth closing up approximately $100 million, while we also grew ARR 177% to $530 million,” said Jim Chirico, President and CEO of Avaya. 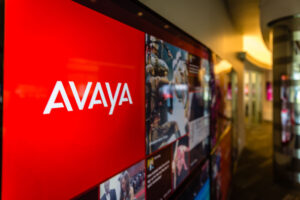 OneCloud ARR (Annualized Recurring Revenue) was $530 million, up 25% sequentially and 177% from a year ago.

For fiscal 2021, software and services were 88% of revenue, flat year over year.

What’s Next for Avaya Holdings Corp.

While Avaya Holdings Corp. Has underperformed the market so far this year, the question that comes to investors’ minds is: what’s next for the stock?

There are no easy answers to this key question, but one reliable measure that can help investors address this is the company’s earnings outlook. Not only does this include current consensus earnings expectations for the coming quarter(s), but also how these expectations have changed lately.