Former Microsoft CEO Steve Ballmer has entered the $100 billion club, making him the ninth individual to join one of the world’s most elite clubs. Ballmer was named the world’s best 21st-century businessman in January 2018. He is the owner of the Los Angeles Clippers at the moment.

Ballmer, who started Microsoft as the company’s 30th employee in 1980 and served as CEO for 14 years, stepped down in 2014. He developed a reputation in the IT sector for being quirky and high-energy over time.

Look down at his journey:

Steve Ballmer was born on March 24, 1956, in Detroit, Michigan. Frederic Henry, his father, was a Swiss immigrant, and Beatrice, his mother, was a Belarusian Jewish immigrant. Ballmer attended Lawrence Technological University in 1973.

Ballmer was a member of the Fox Club and a manager for the Harvard Crimson football team during his collegiate years.

Steve Ballmer began his profession by finishing his schooling while still in school. On the 11th of June 1980, Ballmer joined Microsoft. Bill Gates, a college buddy of Ballmer’s, had dropped out to co-found Microsoft. 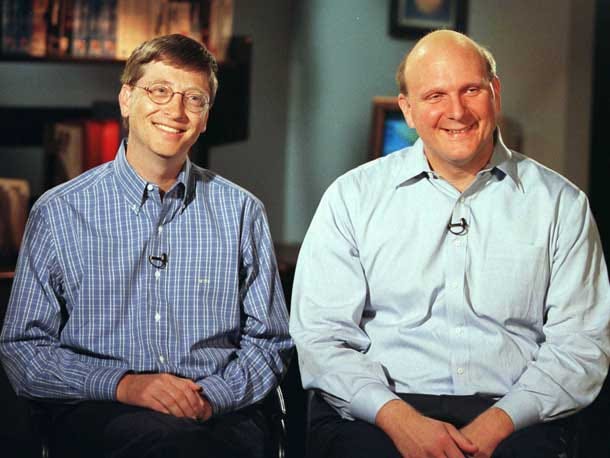 He asks his friend for a summer job at his firm after completing his first year of business school. Instead of a summer internship, Bill Gates invited Steve Ballmer to take full-time employment.

Ballmer graduated from Stanford Graduate School of Business in 1980 and went on to work at Microsoft.

After Microsoft secured a contract to develop a system for IBM’s new line, one of his first responsibilities was to recruit people for the expanding company. The co-founder was also busy with the company’s technical elements.

He restructured Microsoft’s partnership into a corporation. Gates eventually owns 53% of the company, while Ballmer owns 8%. In the year 1980, Ballmer assumed leadership of the Operating System, which is at the heart of the company’s operations. Ballmer was instrumental in the company’s 1980 discussions with IBM, a pioneer in computing technology for corporations and government. IBM has asked Microsoft for assistance in making computers more accessible to the general public.

Ballmer was elevated to the post of President of Microsoft in 1988, a position he maintained until 2001.

Gates handed up the CEO role to Ballmer in 2000, and he guided the firm through several difficult times, including the dot-com bubble bust and a renowned anti-trust court struggle. Ballmer also contributed to Microsoft’s growth by introducing Xbox, acquiring Skype, and expanding the company’s $20 billion enterprise division.

He took over the company’s finances and day-to-day operations. During Ballmer’s term as CEO, Microsoft saw a massive surge in earnings.

When Ballmer announced his retirement and stepped aside as CEO in 2014, he had led Microsoft for nearly 15 years. He did, however, keep his 4% investment in the firm, which adds a significant sum to his net worth and makes him the company’s largest individual shareholder.

He currently owns the Los Angeles Clippers basketball club, which is worth $2.6 billion, and he and his wife, Connie, are active in philanthropy. 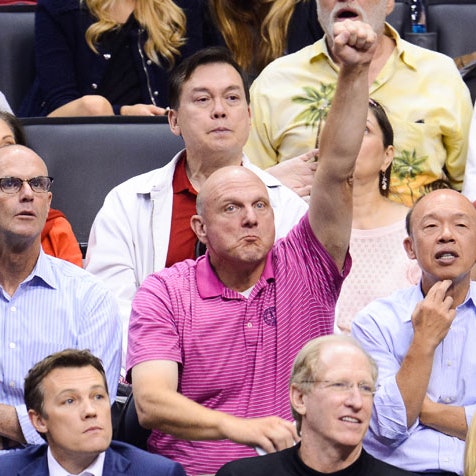 This year, seven members of the $100 billion club have seen their fortunes rise, thanks to a boom in technology stocks. The most has gone to Jeff Bezos, who stepped down as Amazon’s CEO on July 5. His net worth has surpassed $200 billion, making him the world’s richest individual.

Ballmer and Bill Gates contributed $10 million to the computer science department at Harvard University in 1994.

Ballmer donated the money to Harvard University’s computer science department again in 2014, this time to help it employ new professors.

Ballmer gave $50 million to the University of Oregon in 2014 for scholarships, external branding/communications, public health research and advocacy, and other purposes.