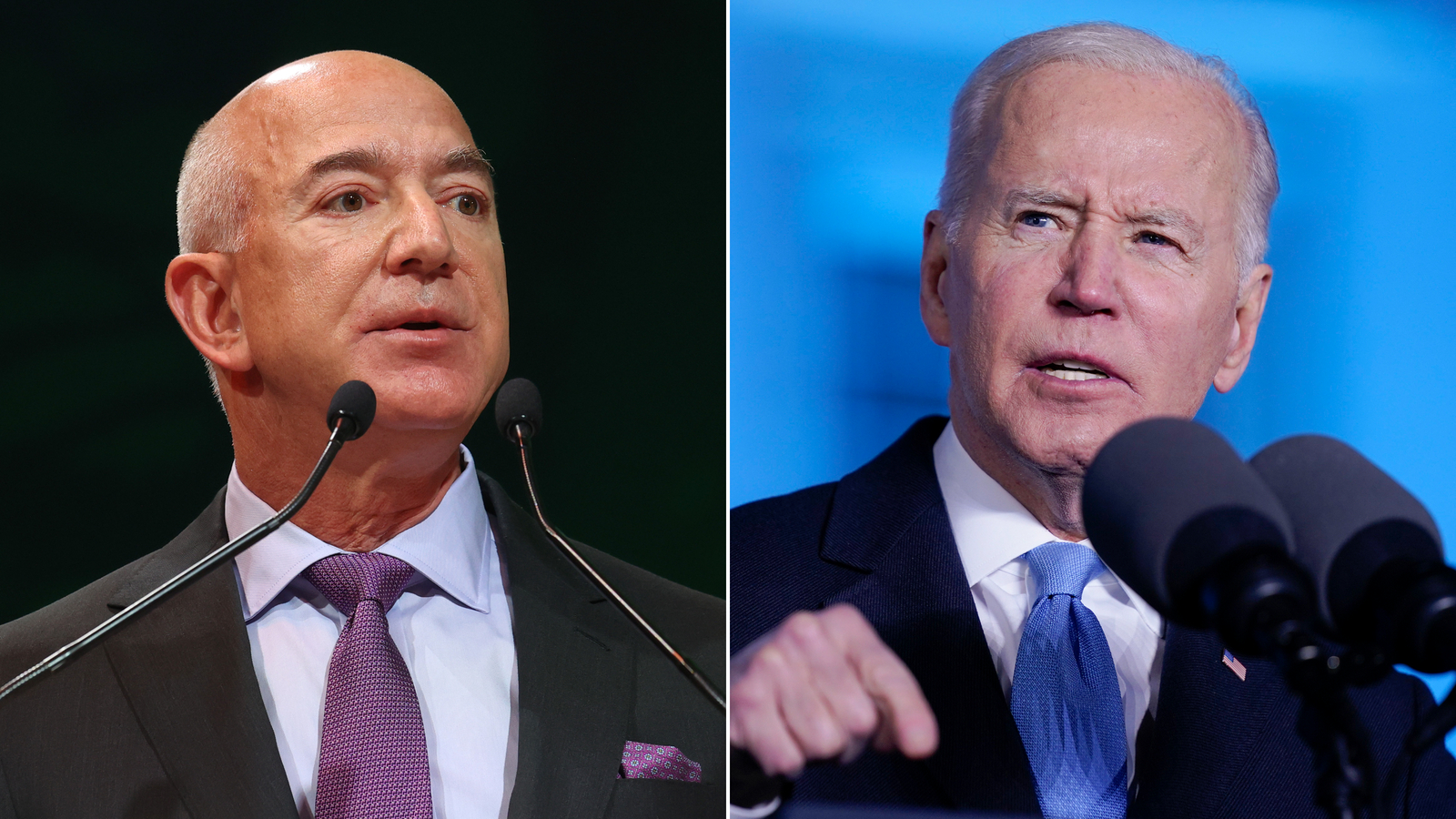 Jeff Bezos’ reputation on Twitter is a rollercoaster that goes up at times and touches the ground the other times. Given his neutral disposition and the tendency to avoid conflicts quite unlike his contemporary Elon Musk, an interesting tweet from the second richest man in the world is a rather unique scenario. This is perhaps why the recent tweet from Bezos has rocketed him to the trending list on Twitter. And the cherry on top is the fact that the tweet is a direct lashing out at the U.S President and his policies. Apparently, Biden’s recent tweet concerning inflation did not go down well with the Amazon founder and his displeasure is quite evident in the following tweet.

Ouch. Inflation is far too important a problem for the White House to keep making statements like this. It’s either straight ahead misdirection or a deep misunderstanding of basic market dynamics. https://t.co/XgKfEICZpk

Bezos doesn’t usually tweet on a whim(well if this reminds you of someone, it’s merely a coincidence). Thus the chain reaction on Twitter following his tweet is quite justifiable. It is not every day you get to see the aggressive side of someone who stays away from conflicts. And Twitterati doesn’t miss the slightest chance to let some rays of drama. However, as usual, the users are divided about the tweet. The responses are a mix of sarcasm and consensus. While some users find it ironic that a billionaire who apparently filled his pockets through corporate monopoly is criticizing Biden’s policies, others agree with him to an extent.

This is not the first time Bezos has voiced his displeasure at Biden’s administration. Not very long back, Bezos had denounced a tweet of Biden’s about corporate taxes stating that it is “misinformation” and “misdirection.” The recent tweet also features the same words, and the embedded emotion is not very different either. Even in May Bezos had lashed out at the Biden administration’s take on inflation blaming the administration for the misdirected steps. Well, it seems like the Amazon founder is not quite happy with the President’s ways. Let us take a look at the reactions and responses on Twitter to see what Twitterati thinks about the dispute.

Well, nobody understands anything at this point

Jeff, I suppose the WSJ doesn’t understand markets either? https://t.co/jop2IBRjqy

Or maybe they do

Oil companies make record profits when the price of crude is high, what's hard to understand about that?

Well, life itself is ironic right

Jeff Bezos: I AM A MAN OF THE PEOPLE!

Well….. (although some might say that he is entitled to his opinions)

You run a e-commerce store he runs a country. Sit down.

Biden should perhaps revise his notes

Especially since he’s the one killing expanded production and refining https://t.co/aQR1hO2k0S

Truth is often stranger than fiction my friend.

Or it could be an activist leftist White House intern tweeting for Biden. Ain’t no way he’s tweeting these statements.

Not everybody is happy.

Says the man who won’t help America by paying taxes. Did you tweet this from your half a billion yacht?
Anyway. Here is something that might help you pic.twitter.com/DUGcXjYneE

Not that you would ever read anything like this, but here is the real answer. https://t.co/AkXT1eHiSB

I agree about the tax payment part. But the rest, well, it is his “well-earned” money after all

Why don’t you use a little of your money to make literally every American not have to worry about basic needs? Like, all your personal dollars could pull everyone out of poverty with the stroke of a pen. Or at the very least, a fair tax payment

Now that is some reverse psychology at work

You know what sir, your company sell everything (and I should know as I’m practically keeping Amazon afloat by myself) – maybe you can find a way to disrupt the market for gas, and bring it in cheaper. how about a fresh challenge? If anyone can do it you can do it

So, Bezos, what are you doing to help inflation?

Rich billionaires like you are the cause of the problem not the solution.

Existential crisis again because sadly for Bezos, Twitter is not about one-way traffic

why haven’t you raised the minimum wage for Amazon workers

Why did you need to contribute to inflation by raising the cost of Prime? Not making enough as it was to get by?

Too much existential crisis for a man to take

Why don't you have friends? pic.twitter.com/fBgbxLSGkH