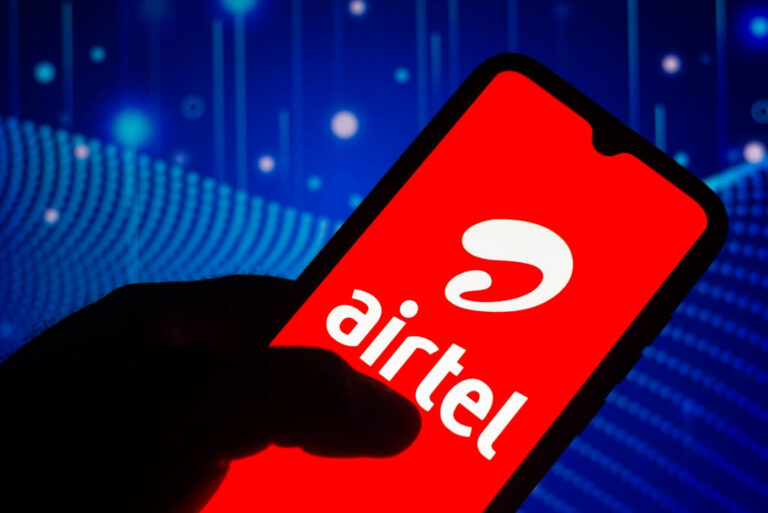 Bharti Airtel posted a net profit of 1607 crore Indian rupees during Q1 of the current financial year. When compared to 284 crores net profit in the first quarter of previous financial year, it is a jump of nearly 466% on a year-to-year basis.

The company, formed 27 years ago, is owned by mainly Indian MNC, Bharti Enterprises Limited and Singapore Telecommunications Limited. Google LLC also has a small stake of 1.28% in the MNC.

Revenue of the company grew up by 22% on a year-to-year basis, to post quarterly revenue of 32,804.6 crores. In the first quarter of previous fiscal, the total revenue was reported as 26,854 crore Indian rupees.

The decision of Bharti Airtel, to focus on retention and addition of customers, while enriching the quality of customer experience, was the key to the jump in revenue and profit margins. Yearly growth of 11% in the number of 4G customers clearly shows that the business strategy of the telecom operator has been successful so far.  The company owned by Gopal Vittal added 20.8 million new customers to its market share in the 4G Segment over the last one year.

An increase in the number of customers and users from other digital assets of the company also helped it to post good numbers in the quarter.

OTT platform of Bharti Airtel, XStream, is one of the largest OTT platforms in India with a subscriber base of 2 million made subscribers. XStream, along with Wynk Music app, makes up a total user base of 185 million which has seen steady growth over the years.

The banking arm of Bharti Airtel, Airtel Payments Bank, continues to grow in the sector of financial services with an overall customer base of 139 million.

ARPU, or average revenue per user, is a key metric used by nearly all telecom operators and companies to analyse the performance of their businesses.

In the first quarter, the ARPU of Airtel increased from 146 rupees (Q1 of the previous financial year) to 183 rupees.  Average data usage per mobile data customer stands at 19.5 GB per month, while voice usage per customer stood at 1,104 minutes per month.

Managing Director and chief executive officer of the company, Gopal Vittal, said in a statement that the company has been able to post strong financials and growth. Compared to Q4 of the financial year 2021-22, the company grew at a rate of 4.5%.

According to Gopal Viottal, the strong growth posted by the major businesses and services offered by the company, helped it to achieve double-digit growth during the last few months.