MicroStrategy, the largest independent publicly-traded business intelligence company, went on to announce that it purchased around 29k bitcoins for approx. $650 Million in cash, with an average price ranging at around $21k per bitcoin. This purchase, surely had a huge impact in the cryptocurrency market. A rally for bitcoin was initiated by MSTR, and the rally persistently lasted till the end of last year. Amidst the bitcoin rally, the cryptocurrency saw its peak, hitting a value close to $70k. Since, then, it is for sure that, the value of cryptocurrency dropped and the market crash in May, made the things worse for Bitcoin. But it was reported that, the adoption of Bitcoin in 2020, have had an impact on the share prices of the company till date. As on December 2020, MSTR had around 70.5K bitcoins, valued at around $1.125 Billion.

MicroStrategy’s (Nasdaq: MSTR) outperformed most of the asset classes 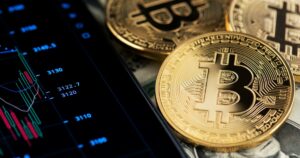 Since MicroStrategy (NASDAQ: MSTR) started its Bitcoin (BTC) strategy in August 2020, the stock’s valuation has outpaced the majority of asset classes. The rewards have materialized despite the company’s revenues declining in 2022 as a result of the prolonged collapse of the crypto market.

Bitcoin’s effects on Shares of the company.

We all know that; Bitcoin is the largest capitalized cryptocurrency in the world. Bitcoin, according to many experts from the finance industry is tipped to revolutionize the finance sector across the world. MSTR itself believes that “Bitcoin is Hope” which will be a bank in the cyber space, catering to billions of people that don’t have a viable option to run their own hedge fund.

Since, bitcoin’s dominance is visible, any company dealing with bitcoin, is surely going to have an impact on its share prices as well. In many cases, the main products are the influencers of the share prices but the number of bitcoin tokens held by the company influences the share prices massively. The best example showing the connection between Bitcoin and Share prices is of MicroStrategy.

It is pleasing to see that, even when the market hit its lowest point recently, the share prices of a company dealing in bitcoin actually surged, giving us a hope that, Bitcoin is here to stay and dominate the financial market.