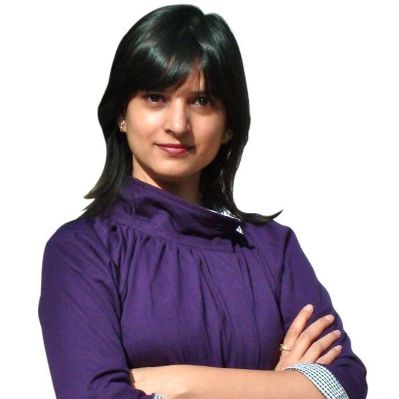 She has been in founding teams of companies that have created a benchmark in their industries. She has seen companies grow ground up and has also been instrumental in turning around businesses.  She is on the advisory board of a few ventures helping them accelerate their journey to commercial success. LinkedIn featured her in ‘Power Profiles in India’ – indicating the most visited industry profiles in 2012. She is a true entrepreneurial spirit at heart. Meet Bhawna Agarwal, CEO Luxury Retail Services Pvt Ltd.

Bhawna’s journey as an entrepreneur started in 2000 when she started consulting clients for e-commerce solutions.She took up her first major challenge in 2004 when she joined the founding team of Times Internet to create India’s 1st online travel platform -Indiatimes Travel that proved to be a precursor to launch of $5 bn online travel industry.

“Taking up the Yatra opportunity was one of the defining moments in my career. I wanted to challenge my own limits and move out of my comfort zone. Although I was a founding member of Times Internet, it was still like working with a big company. And everything was going very well for me there. However with the Yatra opportunity I felt that if I can replicate the success of Indiatimes travel at Yatra, nothing can be more satisfying ! ”

“My parents were not very happy with me joining a startup at that point of time. However its your inner passion and intuition that keeps you going.”

she adds. Bhawna believes that a great team is the biggest differentiator and feels that Yatra.com is a great example of how a great team can build a successful company even in crowded competition.She believes that 9 out of 10 times, correct execution of ideas leads to greater success than a great idea itself.

In 2010, Bhawna joined the leadership team of Seventymm &  turnaround the company to complete profitability & scaled its e-commerce business with strong focus on industry best efficiencies.

“Leaving Yatra was one of the most difficult things I had to do however the opportunity at 70mm drove me. The company was at a very interesting stage from where it could scale very well. I thought what would be more satisfying than  testing myself again and  repeating my success from Yatra at Seventymm.”

Currently Bhawna also serves on the Board of Advisors for startups and venture funds. She has mentored many startup till date and says that

“There is so much energy right now in the startup space in the country. There is so much to learn from these young entrepreneurs who are coming up with surprisingly new ways of doing things. You just cannot not be involved with them.”

So what are some of the challenges that this very successful entrepreneurs faced during her early days as an entrepreneur?

” When I started off at Yatra, people thought I was too young to lead a team. They did not believe in my abilities and did not take me seriously because of my age. I however kept working hard with a lot of sincerity, patience and perseverance. That paid off. My advice to young people starting up out there is to lead by example. Work extremely hard and own your work. Create a solid reputation within and outside the organization built on honesty and integrity and people will respect you.”

And how is it being a woman entrepreneur in the Indian startup space, a space usually regarded as the boy’s club ?

” Women have a long way to go to create their mark in the Indian startup space. We are seeing a lot more women today than anytime before in this industry. However, we also see that a lot of these women are a part of the team and not really the one driving the team. It is about time women take charge and drive the startup. A lot needs to be done by media, funds , colleges, our educational system and our society in this regard. Traditionally even parents have been discouraging girls to take up their own ventures and settle for a secure job instead. This needs to change. My advice to all women out there would be to not give up too soon. Family , peer pressure makes you give up your dreams and follow the traditional path. Do not give up. If you take up the path of entrepreneurship, you will catch up with everyone else very soon and in fact will end up doing much better than anybody else. Find a field that you really love that way you will overcome any challenges that come your way. Breath your work. Make it a natural extension of yourself.Then everything else will work out. You wont need to “jugle” anything.”