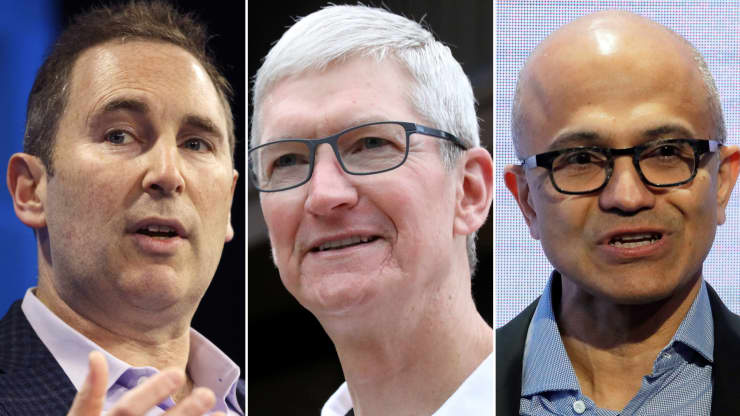 Biden meeting with CEOs of Amazon, Google, and more over cybersecurity

President Joe Biden is expected to meet with CEOs from many big firms, including Amazon, Apple, and Microsoft, at the White House on Wednesday to address cybersecurity.

According to a source familiar with the situation, IBM CEO Arvind Krishna will also attend the meeting.

The meeting takes place as the Biden administration battles the growing threat of cyberattacks. According to Reuters, Microsoft was among those victimised by the SolarWinds hack, which compromised multiple government institutions. That was just one of several recent data breaches that have brought the importance of cybersecurity to light. The Colonial Pipeline hack and ransomware attacks that have harmed towns and health institutions are examples of others.

The White House first announced Wednesday’s meeting on cybersecurity in July, which Press Secretary Jen Psaki described as “a meeting with private sector leaders to discuss how we work together to collectively improve the nation’s cybersecurity.”

Bloomberg reports that Google’s CEO was also invited to the meeting. A Google spokesman declined to comment, referring any questions to the White House.

According to Bloomberg, the conference would feature executives from JPMorgan Chase and utility holding company Southern Company, as well as professionals from the tech sector.

When dealing with cyberattacks, open contact with the commercial sector is especially vital. Microsoft President Brad Smith told lawmakers after the SolarWinds hack that the only way the business knew the scope of the attack was because computer security firm FireEye revealed a sophisticated attack on its own networks.

Senators Mark Warner, Marco Rubio, and Susan Collins have sponsored legislation that would force private-sector organisations that cooperate with the government or provide vital infrastructure services to report assaults on their systems. It would also safeguard such organisations from some of the potential negative consequences of revealing the breach, such as being sued by shareholders based on the information exposed.