With misinformation campaigns expanding their reach to more and more people every day, you’d think that big tech firms would take a unified stand against the malice. Well, apparently not, as a report by NewsGuard and Comscore has found that marketing leaders have inadvertently been funding sites that promote the spread of misinformation. The report claims that big brands channel as much as $2.6 billion per year globally into advertising revenue through “misinformation websites,” 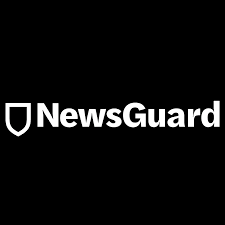 or sites that allegedly promote the spread of misinformation. This revelation kind of puts things into perspective, and paints a rather concerning picture.

While preparing their report, Comscore and NewsGuard cross-referenced some 7,500 sites, with the former checking the credibility of each of them by using a tool developed by the latter. Their findings showed that as much as 1.68% of the money that went into display ads on these sites actually went into the pockets of publishers of misinformation, standing at a value of $2.6 billion.

The report doesn’t name any names, but some believe that it could be hinting towards adverts from the likes of TaskRabbit, Home Depot, and Verbo, as they were found on websites that had been classified as “misinformation sites” by NewsGuard, including Independent Sentinel and One America News Network. Following the same, TaskRabbit has said that it has added One America News Network to its list of websites which are to be excluded from any future advertisements.

Gordon Kravitz, the CEO at NewsGuard asserts that misinformation websites make use of algorithms from social media platforms, which work towards prioritizing engagement. This is followed by monetization by third-party demand-side platforms, which are ultimately used by brands for purchasing programmed ads. This programming can mean that some ads may get displayed right next to misinformation.

A Need For Transparency

Kravitz adds that while some misinformation sites receive funds from foreign governments, a large chunk of other sites actually rely on “blue-chip advertisers” for getting money. And that’s not all there is to the problem, as Universal McCann’s US Chief Digital Officer Joshua Lowcock says that Google and The Trade Desk, which are two of the most popular programmed advertisement platforms, dont really open up into what percentage of their ad revenue goes into misinformation sites, as compared to legitimate ones.

Now that some firms do know the effects their ads have been having, shareholders at Home Depot and Omnicom have called for probes into whether the money invested by them into ads goes into promoting misinformation and hate speech.