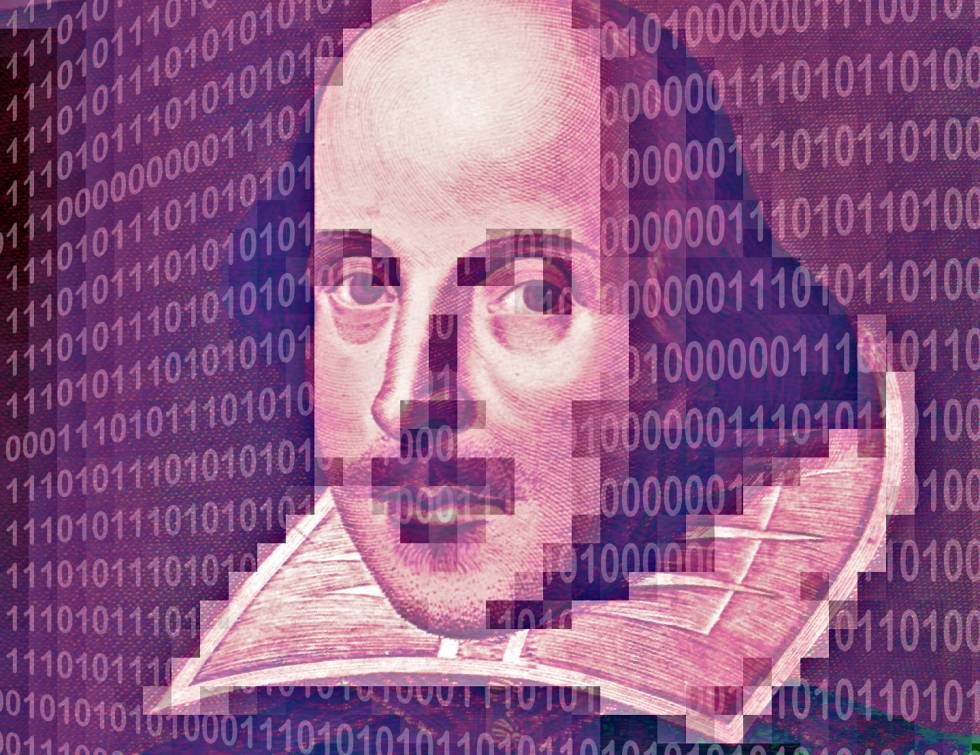 Using new-era technology such as Big Data and Analytics, it is now confirmed that the world’s greatest playwright William Shakespeare collaborated with other playwrights in some of his plays. The New Oxford Shakespeare, which includes 44 plays, identifies 17 as having been created in collaboration with other writers. The previous edition by the same publisher (1986) identified eight of 39 plays as collaborative.

A new edition of his complete works names Christopher Marlowe— Shakespeare’s contemporary and the writer of immortal works such Doctor Faustus, Tamburlaine and the Jew of Malta—as a co-author of three of Shakespeare’s plays: the three “Henry VI” plays, parts 1, 2, and 3. It is the first time Marlowe is being credited for the bard’s works.

“No one has had the confidence to put the name actually on the title page…. Which is perfectly reasonable because the only reason that we can do it now is because Shakespeare has entered the world of big data,” says Gary Taylor, professor at Florida State University and the main researcher.

Around two dozen scholars conducted the research using latest technological tools in text analysis and Big Data to examine the plays. Academics ran Big Data Analytics tests to conclude whether authors such as Marlowe can be dependably identified by the way in which they used language, for example, frequency of certain articles, specific combination of words occurring often in a row in an author’s work, and their placement in the text (how far or how close they occur).

Basically, Big Data is a term for data sets that are so huge or complex that traditional data-processing methods are insufficient. The Analytics processes those data sets to uncover hidden patterns and unknown connections that may not be visible or apparent to a common person. This leads to the discovery of interpretation and communication of meaningful word combinations, article usage, textual punctuation, etc. and other useful contextual information.

“We welcome Shakespeare to the world of Big Data. Certain questions that were always shrouded in mystery will now more likely be resolved and their answers deciphered. With the usage of such high-tech tools, more and more text-based analysis could be done. This kind of Big Data Analytics and sophisticated statistical tools were never available until very recently,” said Brajesh Sachan, Chief Technology Officer, Deskera —a global leader in Cloud business software which has developed its own Big Data tool.

After the uniqueness of a writer’s works was determined and language use patterns deciphered, academics applied the patterns to the texts under investigation. If the results suggested some other author, further tests were conducted to confirm the findings. The academics are confident about the evidence of Marlowe’s hand in some parts of Shakespeare’s plays.

In fact, the database of writings created by several other writers from the period were also searched for distinctive language use and specific combination of words. The researchers are confident that the plays bear the hallmark of Marlowe’s authorship in certain portions. The results indicate that Marlowe wrote most of “Henry VI, Part 1,” whereas Shakespeare appears to have written the largest share of Part 3.

The results put speculations that have existed for centuries—stretching back to the eighteenth century—to rest. Although, it is universally agreed that Marlowe was a major influence on Shakespeare, the extent of the collaboration had never been confirmed before.

The intertwining of the lives of the two great artists and certain circumstances also fuelled the fire. Both were born in the same year. While Marlowe mysteriously died at a very young age, Shakespeare went on to become the pre-eminent Elizabethan playwright. The new volumes, crediting Marlowe as co-author, are due to be published over several weeks.

“That kind of Big Data was never available until very recently,” says Taylor.

With the advent of new technology such as Big Data and Analytics, several such revelations are waiting to tumble out of the closet and challenge age-old held conceptions and our perceptions of how literature is created. And technology is certainly shedding light on many of the secrets of times gone by.