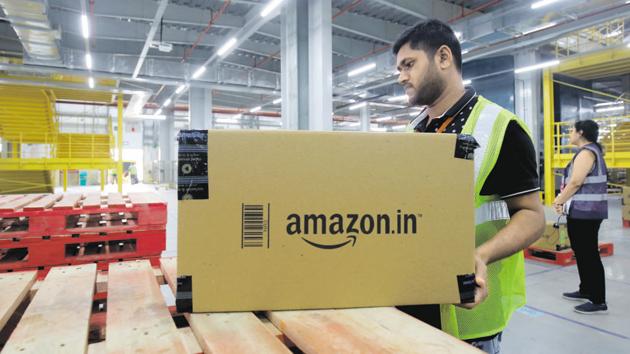 One of the biggest e-commerce giant in the world faced a big backlash by all the Kannadigas in the world when it got itself caught in a controversy when it put up a bikini with Karnataka’s flag printed on it for sale in Canada.

The product had Karnataka’s flag colours and emblem on it.

However, the company immediately removed it after it got slammed by Kannadigas from across the world.

The brand which sold the product went under the name BKDMHHH.

Kannadigas from across the world took this over social media platforms like Facebook and Twitter and asked Amazon to remove the product from its site and ban the seller and take action against it.

Kannada and Culture Minister Aravind Limbavali, in a statement against the matter said- “Without knowing the rich history of our State, multinational companies are insulting our flag and language.”

He also tweeted about Kannada in regards with a similar issue with Google saying- “Kannada language has a history of its own, having come into existence as many as 2,500 years ago! It has been the pride of Kannadigas all through these two-and-a-half millennia.”

Ashok Chandargi, President at the Kannada Organisation Action Committee said that Amazon has knowingly or unknowingly insulted the flag of Kannada. He also said that the company should also warn its sellers to not sell offensive products that hurt the sentiments of the people or insult them in any way.

This is not the first time Amazon has received backlash for selling offensive products that hurt the sentiments of the people. In the past, Amazon was also accused of selling mats and rugs with images of Hindu gods on them. It also included toilet mats in a few of them. It also was seen selling sandals and shoes with the photo of a great Indian freedom fighter and leader- Mahatma Gandhi.

A list of several products like toilet seat covers, yoga mats, sneakers, rugs and other items were seen prints and images illustrating Hindu gods or sacred Hindu Symbols on them, on the Amazon US and Amazon Canada’s website.

A similar situation trapped Google in a controversy with the series of events that happened on June 3rd, when the results on Google showed Kannada as the ugliest language, hurting sentiments of millions of Kannadigas in the world.

Google, however apologized for this later in Kannada, after receiving a lot of backlash.