On Monday, a cryptocurrency data network run by some of Wall Street’s biggest players showed a nearly 90% drop in Bitcoin, a glitch that didn’t appear on other platforms. Bitcoin Crashed to $5,402 in Error on Network Backed by Quants 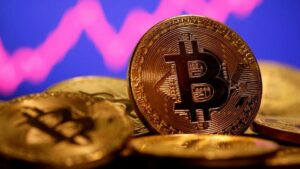 Supporters hail the platform, dubbed Pyth, as an industrial-grade source for pricing information on assets such as stocks and cryptocurrencies. Finance behemoths like Jump Trading Group, DRW, and FTX are among the contributors.

Bitcoin’s price was briefly reported as $5402 on Monday. “Engineers are investigating the cause and a full report is in the works,” Pyth tweeted on Monday. Pyth has not tweeted in the meantime.

Between 12:21 and 12:23 UTC the Pyth BTCUSD aggregate price was below $40,000 – the lowest price reported was $5,402 with a confidence interval of $21,623 (4x the asset reported price) for a single slot – which was off-market relative to the BTC price available on other markets

This is an eye-catching error for a system that gets its information from some of the most sophisticated traders. The data needs to be something people can rely on for something like this to succeed, said Joe Molluso, co-president, and co-chief operating officer of Pyth contributor Virtu Financial Inc.

The root cause of the problem as told by Pyth was because of a combination of (1) two Pyth publishers posting near-zero BTC/USD prices and (2) the aggregation logic overweighting the contributions of these two Pyth publishers. Both publishers encountered problems related to decimal numbers.

During the 2-minute window of the incident, the first publisher submitted their price as a floating-point number when this utility expected an integer, and the second publisher encountered a race condition between two programs that caused them to read 0 for BTC/USD instead of 10-8.

On Tuesday, everything seemed to be back to normal. Bitcoin’s price was recently set at $41,888, which is close to current levels. It’s the second recent problem. Pyth connects to the Solana blockchain, which stopped working for more than 17 hours last week. That outage also took down Pyth.

It’s unclear how widespread any issues resulting from the Bitcoin plunge on Pyth were. The decline “caused a series of liquidation events on the Audaces protocol BTC-PERP market (unfortunately working as intended),” according to the Bonfida Twitter account. Audaces is Bonfida’s perpetual futures platform.