Mayor-elect Eric Adams of New York City may not be sworn in until 2022, but he’s already working on legislative changes related to Bitcoin and blockchains.

In an interview with CNN’s “State of the Union,” Eric Adams stated that he wants schools to teach youngsters about cryptocurrency technology as a way to raise young people’s knowledge of how Bitcoin and cryptocurrencies work. 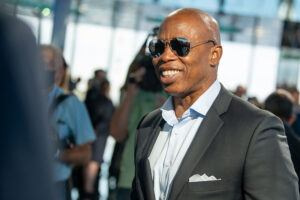 Cryptocurrency education in schools isn’t exactly new, with students ranging from local high schools to university-level students beginning to incorporate crypto themes into their studies. Adams did not say at what grade level he would like crypto to be included in the curriculum.

The campaign for a more crypto-friendly New York City, however, has been met with skepticism. Adams’ crypto idea, according to Jason Furman, a Harvard professor and former member of the Obama Administration’s Council of Economic Advisors, is a “poor economic strategy for NYC.”

Adam’s comments regarding crypto in schools come just days after he told crypto entrepreneur Anthony Pompliano in a tweet thread that he would accept Bitcoin for his first three payments as mayor.

While state law prohibits the @CityofJacksonTN from paying me in Bitcoin, I’ll follow the lead of @FrancisSuarez & @ericadamsfornyc and instantly convert my next paycheck to #Bitcoin

Eric Adams’ reaction exemplifies the rivalry between the two American cities. New York, like Miami, aspires to be regarded as the United States’ Bitcoin capital. Shortly after celebrating his victory, New York’s Democratic mayor pledged to promote the establishment of digital currencies on his city’s soil. The incoming mayor aims to develop his own digital currency based on the Miami Coin model, according to him.

As part of his ongoing agenda to make the Big Apple into a center for innovation and crypto, Adams attempted to outdo Miami Mayor Francis Suarez, who recently stated that he would accept his next paycheck in Bitcoin.

Adams also reacted to a question on whether he would encourage retailers in New York City to start using cryptocurrencies in their transactions, saying, “We’ll take a look at it, and we’ll proceed with caution. We’re going to get it properly this time.”